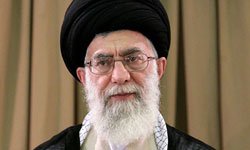 By Mark Hosenball and Tabassum Zakaria

WASHINGTON (Reuters) – Iran’s supreme leader and the shadowy Quds Force covert operations unit were likely aware of an alleged plot to kill Saudi Arabia’s ambassador to the United States, but hard evidence of that is scant, U.S. officials said on Wednesday.

The United States does not have solid information about “exactly how high it goes,” one official said.

The Obama administration has publicly and directly blamed Iran’s government for seeking to kill the Saudi ambassador in Washington, Adel al-Jubeir, and has warned Tehran it will face consequences. The accusation has heightened tensions in the volatile, oil-rich Gulf.

Tehran has called the accusation a fabrication designed to sow discord in the region.

The U.S. officials, who spoke on condition of anonymity, said their confidence that at least some Iranian leaders were aware of the alleged plot was based largely on analyses and their understanding of how the Quds Force operates.

They said it was “more than likely” that Iran’s supreme leader, Ayatollah Ali Khamenei, and Quds Force commander Qasem Suleimani had prior knowledge or approved of the suspected plot. They insisted it was “not a rogue operation in any way,” and was sanctioned and directed by Quds Force operatives in Iran.

But other parts of Iran’s factionalized government may not have known, they said. That included President Mahmoud Ahmadinejad, who “didn’t necessarily know about this,” one said.

New details emerged about Manssor Arbabsiar, the Iranian-American and former Texas resident who is alleged to have tried to hire a Mexican drug cartel figure to assassinate al-Jubeir. That figure turned out to be a U.S. Drug Enforcement Administration informant.

Arbabsiar, the only suspect known to be arrested in connection with the alleged plot, went by “Jack” and moved to Iran about a year ago, according to news reports.

Arbabsiar’s wife, Martha Guerrero, told KVUE TV station in Austin, Texas, he was innocent. “I may not be living with him, being separated, but I cannot for the life of me think that he would be capable of doing that,” she was quoted as saying.

‘VERY OUTSIDE THE PATTERN’

“We would expect to see the Quds Force cover their tracks more effectively,” said one official. Another said a plot to launch a violent attack inside the United States was “very outside the pattern” of recent Quds Force activities.

Kenneth Katzman, an Iran specialist at the Congressional Research Service, said there were elements of the alleged plot that did not make sense.

“The idea of using a Texas car salesman who is not really a Quds Force person himself, who has been in residence in the United States many years, that doesn’t add up,” Katzman said.

“There could have been some contact on this with the Quds Force, but the idea that this was some sort of directed, vetted, fully thought-through plot, approved at high levels in Tehran leadership I think defies credulity,” he said.

The U.S. officials said Quds Force operations until now had principally involved providing covert Iranian support to anti-American and anti-Israeli militants and insurgents in the Middle East and South Asia.

But the officials also noted a history of antagonism between Iran’s theocratic Shi’ite government and Saudi Arabia’s Sunni monarchy. That hostility manifested itself in the 1996 bombing of Khobar Towers, a Saudi residential complex housing U.S. servicemen, in which U.S. officials say the Quds Force played a significant role.

Officials said the poor tradecraft and loose talk by Arbabsiar left open a strong possibility that officials in Tehran believed the U.S. government would not necessarily view an attack on Saudi Arabia’s ambassador as an attack on the United States itself.

Historically, Quds Force operatives have been active against U.S. interests overseas, including providing arms and other support to both Shi’ite and Sunni insurgents fighting U.S. forces in Iraq.

Iranian government operatives or militant groups supported by Iran, such as the Lebanese Shi’ite militia Hizbollah, have been implicated in attacks on U.S. and other Western targets, including bombings in the 1980s of the U.S. Embassy and a U.S. Marine barracks in Beirut, and the 1994 bombing of a Jewish center in Buenos Aires in which 85 people died.

After his arrest, Arbabsiar confessed that a cousin in Iran, whom U.S. officials identified as Abdul Reza Shahlai, was a senior Quds Force official, the indictment against him said. Federal authorities say that under their supervision after his arrest, Arbabsiar discussed the alleged assassination plot on the phone with Gholam Shakuri, whom one U.S. official identified as a Quds Force “case officer,” or agent handler.

A U.S. official said Shahlai in the past had come to the attention of U.S. security officials responsible for monitoring Quds Force activities. Another official said that after his arrest, Arbabsiar identified photographs of two Quds Force operatives that had been provided by U.S. intelligence.

U.S. officials said apart from their historical knowledge about how the Iranian leadership and Quds Force interact, they believed high-level Iranian government support for the plot was corroborated by the fact that Arbabsiar allegedly managed to arrange a $100,000 wire transfer to fund the plot.

The money passed through at least one Asian financial haven, one official said, adding the Iranians were relatively sloppy in concealing the funds’ origin.