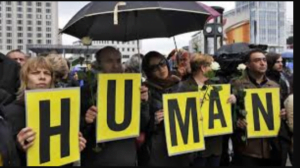 In 2019, Iran supported terrorist organizations across the Middle East, including Hezbollah in Lebanon, Shiite groups in Iraq and Palestinian groups in Gaza, the State Department said in the annual report on terrorism released on June 24, 2020.

The report also accused Tehran of helping the Assad regime crush the opposition in Syria, plotting to assassinate Iranian dissidents in Europe, and harboring al Qaeda operatives in Iran. “If Iran wants to rejoin the community of responsible nations, here is a start: Crack down on the terrorists that caused 9/11.

Crack down on the terrorist proxies that foment violence around the world,” Ambassador Nathan Sales, the head of the Counterterrorism Bureau, said. In response, the Trump administration has increased attempts to contain Iran.

“We designated the IRGC (Islamic Revolutionary Guard Corps), including its Qods Force, as a terrorist organization, the first time the authority has ever been used on a foreign government,” Secretary of State Mike Pompeo told reporters. The report highlighted how the Qods Force supplies proxies, extremist groups and militias that create instability in the region.

“We kept pressure on Iranian proxies like Hizballah by encouraging our partners to designate or ban them, as Paraguay, Argentina, and now the United Kingdom did just last year,” Pompeo added. The following is an excerpt from the report on Iran.

Iran has acknowledged the involvement of the IRGC-QF in the Iraq and Syria conflicts, and the IRGC-QF is Iran’s primary mechanism for cultivating and supporting terrorists abroad.  In April 2019, the Secretary of State designated the IRGC, including the Qods Force, as a Foreign Terrorist Organization (FTO).

Iran also used regional proxy forces to provide deniability, in an attempt to shield it from accountability for its aggressive policies.

On 3rd of January a news spread in social media regarding Qasem Soleimani and AbuMahdi Mohandes who has died by a US drone strike near Baghdad Airport and this was the end of their lives. In social media, especially Iranian users, there was a chaotic situation, some called of “the general of... END_OF_DOCUMENT_TOKEN_TO_BE_REPLACED