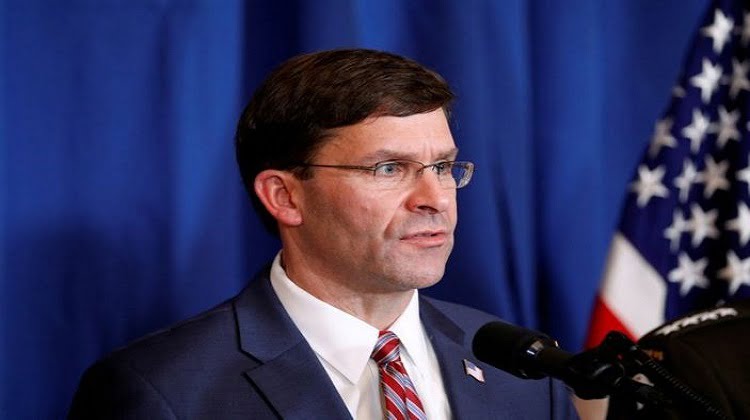 U.S. Defense Secretary Mark Esper said on Thursday there were indications Iran or forces it backs may be planning additional attacks, warning that the “game has changed” and it was possible the United States might have to take preemptive action to protect American lives. 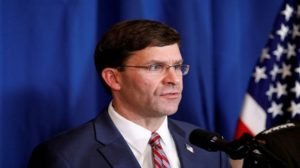 “There are some indications out there that they may be planning additional attacks, that is nothing new … we’ve seen this for two or three months now,” Esper told reporters.

Iranian-backed demonstrators who hurled rocks at the U.S. embassy in two days of protests withdrew on Wednesday after Washington dispatched extra troops.

U.S. President Donald Trump, who faces a re-election campaign in 2020, accused Iran of orchestrating the violence. He threatened on Tuesday to retaliate against Iran but said later he did not want war.

The unrest outside the U.S. embassy in Baghdad followed U.S. air raids on Sunday against bases of the Tehran-backed Kataib Hezbollah group. Washington said the air strikes, which killed 25 people, were in retaliation for missile attacks that killed a U.S. contractor in northern Iraq last week.

The protests marked a new turn in the shadow war between Washington and Tehran playing out across the Middle East.

“The game has changed and we are prepared to do what is necessary to defend our personnel and our interests and our partners in the region,” Esper said.

During the same press briefing, Chairman of the Joint Chiefs of Staff Mark Milley said there had been a sustained campaign by Kataib Hezbollah against U.S. personnel since at least October and the missile attack in northern Iraq was designed to kill.

“Thirty-one rockets aren’t designed as a warning shot, that is designed to inflict damage and kill,” Milley said.

The Real Reason Iran Killed This Woman for Defending Herself

In Search of Iranian Moderates