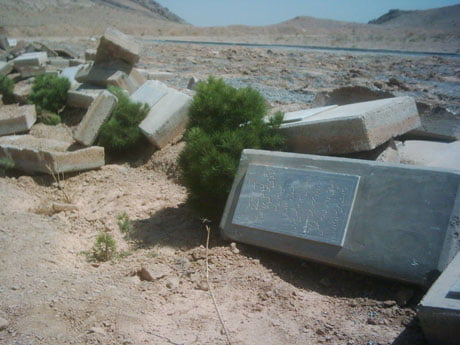 UN Human Rights Experts Urge Iran To Protect Baha’i Cemetery – Three UN experts on human rights in Iran, freedom of religion, and minority issues have urged the government of Iran to stop the destruction of a Baha’i cemetery by Revolutionary Guards.

The Revolutionary Guards are reported to have put up signs detailing plans to build a cultural and sports center on the site of the Baha’i cemetery in Shiraz, the capital of Fars Province. Remains that were disinterred during initial excavations in April are said to have been placed in a nearby trench.

Heiner Bielefeldt, UN Special Rapporteur on freedom of religion, said in a statement on September 4 that “attacks on cemeteries are unacceptable” and a “deliberate violation” of religious freedom.

The Special Rapporteur on minority issues, Rita Izsak, urged the government to take concrete steps to protect Baha’i and other religious minorities in Iran.