US accuses Iran of ‘secret deal’ with al-Qaida 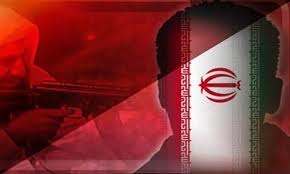 The Obama administration accused Iran on Thursday of entering into a “secret deal” with an al-Qaida offshoot that provides money and recruits for attacks in Afghanistan and Pakistan. The Treasury Department designated six members of the unit as terrorists subject to U.S. sanctions.

The announcement was made despite disagreements in the U.S. intelligence community about the extent of direct links between the Iranian government and al-Qaida, officials said. Most analysts agree there is a murky relationship between the two and at least some cooperation.

But Thursday’s allegations go further. Treasury said its exposure of the clandestine agreement would disrupt al-Qaida operations by shedding light on Iran’s role as a “critical transit point” for money and extremists reaching Pakistan and Afghanistan.

“This network serves as the core pipeline through which al-Qaida moves money, facilitators and operatives from across the Middle East to South Asia,” a statement said.

Treasury said a branch headed by Ezedin Abdel Aziz Khalil was operating in Iran with the Tehran government’s blessing, funneling funds collected from across the Arab world to al-Qaida’s senior leaders in Pakistan. Khalil, the department said, has operated within Iran’s borders for six years.

Also targeted by the sanctions is Atiyah Abd al-Rahman, appointed by Osama bin Laden as al-Qaida’s envoy in Iran after serving as a commander in Pakistan’s tribal areas. As an emissary, al-Rahman is allowed to travel in and out of Iran with the permission of government officials, the statement claimed.

The sanctions block any assets the individuals might have held in the United States, and bans Americans from doing any business with them.

No Iranian officials were cited for complicity in terrorism.

David S. Cohen, Treasury’s point man for terrorism and financial intelligence, said Iran entered a “secret deal with al-Qaida allowing it to funnel funds and operatives through its territory.” He didn’t provide any details of that agreement, but said the sanctions seek to disrupt al-Qaida’s work in Iraq and deny the terrorist group’s leadership much-needed support.

The exact nature of Iran’s relationship with al-Qaida remains disputed in Washington, with different branches of the intelligence community disagreeing about whether Iran has joined forces with al-Qaida, according to one U.S. official. The official spoke on condition of anonymity to discuss intelligence matters.

Some hardline militants backing al-Qaida, members of Islam’s majority Sunnis, see the Shiite Islam dominant in Iran as heretical, and they view Tehran’s regional ambitions as a greater threat than the West. Sunni insurgents in Iraq have used car bombs and suicide attacks against Shiite targets, killing thousands since 2003, as well as targeting Shiite militias allied to Iran.

Since 2001, Iran has appeared a somewhat reluctant host for senior al-Qaida operatives who fled there after the U.S. invasion of Afghanistan, keeping them under tight restrictions. After an initial period of cooperation with the West, Iran now seems to be a more comfortable haven even if it remains on the edge of al-Qaida’s orbit.

Western officials point to the release earlier this year of an Iranian diplomat who was held for 15 months after being kidnapped by gunmen in Pakistan. In negotiations for the diplomat’s freedom, they say Iran promised better conditions for dozens of people close to Osama bin Laden who were being held under tight security. These included some of the terror chief’s children and the network’s most senior military strategist, Saif al-Adel.

Still, the life of the al-Qaida-linked exiles in Iran continues to be very much a blind spot for Western intelligence agencies. Few firm details have emerged, such as how much Iran limits their movements and contacts.