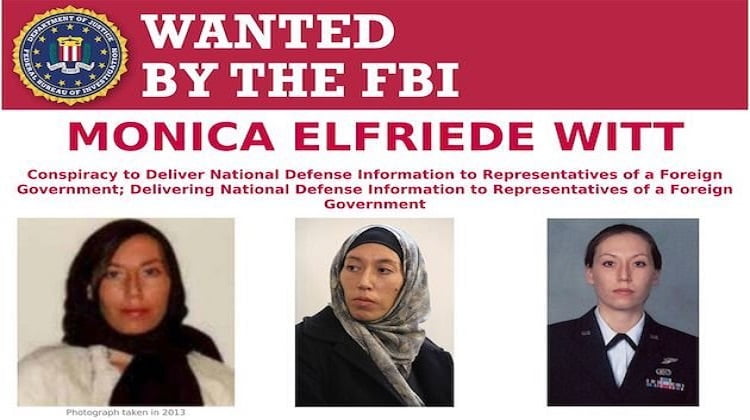 A former U.S. Air Force intelligence specialist who defected to Iran six years ago has been charged with betraying her oath to protect and defend the United States by delivering sensitive national defense information to the Iranian government, according to an indictment unsealed this week by the Department of Justice. 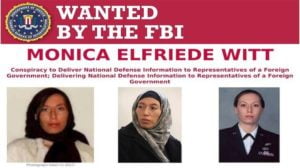 Monica Elfriede Witt, who served in the Air Force from 1997 through 2008 and then with a cleared defense contractor until 2010, is charged alongside four Iranians who allegedly used information provided by Witt in a cyber campaign to target and compromise other U.S. security personnel.

Once a holder of a top secret security clearance, Monica Witt actively sought opportunities to undermine the United States and support the government of Iran – a country which poses a serious threat to our national security, Executive Assistant Director Jay Tabb of the FBIs National Security Branch said at a press briefing in Washington DC.

The charges came as a result of years of investigative work by the FBI’s Washington Field Office with assistance from the Air Force Office of Special Investigations. This investigation exemplifies the tireless work the agents and analysts of the FBI do each and every day to bring a complex case like this to fruition,” said Nancy McNamara, assistant director in charge of the FBIs Washington Field Office.

Witt is alleged to have revealed to the Iranian government the existence of a highly classified intelligence collection program and the true identify of a U.S. intelligence officer, thereby putting the life of that individual at risk, said Assistant Attorney General John Demers of the Department of Justices National Security Division.

The Texas-born Witt was recruited by Iran during conferences sponsored by the Iranian Revolutionary Guard Corps IRGC and defected to Iran in 2013, according to U.S. officials. Although she was no longer in active government service, Witt used the contacts and knowledge gained in her positions of trust to share sensitive information with Iran and provide personal and professional details that allowed Iranian hackers to target other U.S. intelligence professional through spear-phishing and malware attacks.

Tehran’s new plan to dominate the region – and beyond