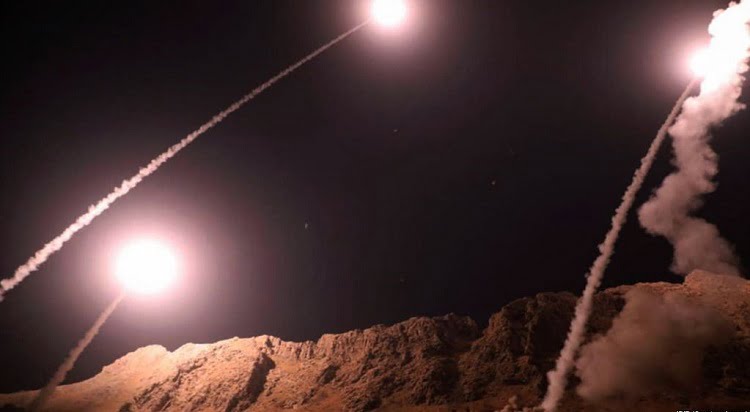 Iran’s Islamic Revolutionary Guard Corps fires missiles from the western province of Kermanshah, Oct. 1, 2018. It said the targets were militants in the eastern Syrian town of Albu Kamal.

The United States has criticized an Iranian missile attack on purported militant targets in eastern Syria, calling it “reckless, unsafe and escalatory.”

In a statement sent to VOA on Monday, Pentagon spokesman Cmdr. Sean Robertson said Iran took no measures to notify other military powers operating in Syria of Monday’s predawn missile strike. Unlike Iran, he said, “professional” military forces such as those of the U.S.-led coalition in Syria and of Russia deconflict their operations to ensure maximum safety.

The IRGC said the targeted militants included “takfiris” – a term Iran often uses for Islamic State fighters – and Arab separatists, whom it blames for a Sept. 22 attack on an Iranian military parade in the southwestern city of Ahvaz, an assault that killed at least 24 people.

U.S.-led coalition forces also have been targeting Islamic State (IS) militants in eastern Syria as part of a years long operation to eradicate the group from both Syria and Iraq.

Robertson said the coalition is “more than capable” of defeating, without Iranian help, the remnants of IS in the Euphrates River Valley region that stretches from eastern Syria into western Iraq.

“Given the complex nature of the battle space, such strikes potentially jeopardize the forces who are actively fighting ISIS in Syria,” he said, referring to an acronym for the militant group. “Any Iranian activity in this area is reckless, unsafe and escalatory.”

In a VOA Persian interview, Hudson Institute analyst Michael Pregent said an Iranian missile strike in an area where U.S. forces are operating will be considered as a serious provocation by Washington.

“The United States now has to think about putting air defense assets in Iraq to protect against rogue Iranian missiles that are being launched across Iraq to supposedly target terrorist groups,” Pregent said.

Robertson said no coalition forces were harmed in the Iranian missile attack. But he said the U.S. military still is assessing the strike.

The Pentagon spokesman also criticized the firing of the Iranian missiles over Iraqi airspace. “Firing any missiles through uncoordinated airspace is a threat to civil and military aviation,” Robertson said.

Iran has not said whether it sought Iraq’s permission for the strike. There were no reports of any Iraqi government response to the overflights of the Iranian missiles by late Monday.