BREAKING NEWS
GMT+2 02:04
Home IRGC This Is How U.S. Navy SEALs Would Go To War Against Iran 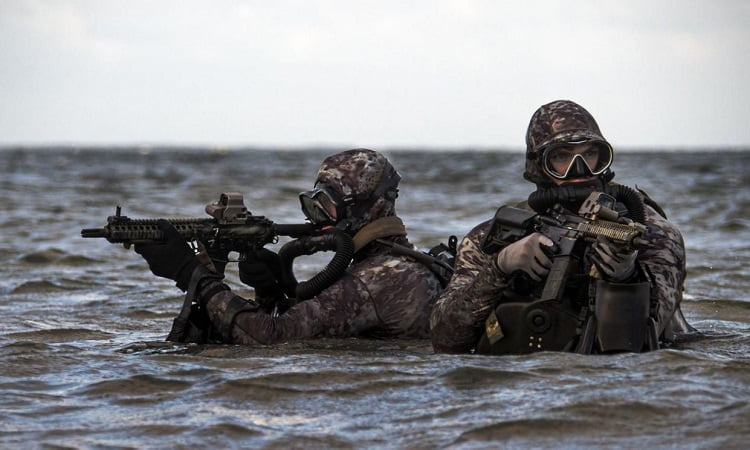 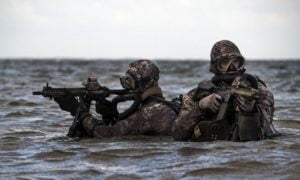 The narrow straits of the Persian Gulf had become a shooting gallery due to the Iran-Iraq War, still raging seven years after Iraq’s surprise invasion of Iran in 1980. As Iran counterattacked into Iraqi territory, Baghdad—supplied and armed by the Soviet Union, France, Kuwait and Saudi Arabia—began blasting Iranian oil tankers with missiles, often with assistance from U.S. surveillance assets.

Iran retaliated by targeting Kuwaiti tankers with imported Chinese Silkworm missiles. Though terrifying, both side’s anti-ship missiles inflicted relatively little damage as the tankers were simply too bulky to be easily sunk. The same was not true for the frigate USS Stark, struck accidentally by an Iraqi Exocet missile in May 1987 that killed thirty-seven crew.

But Washington had an axe to grind with Tehran, not Baghdad—and decided to respond to pleas for military escort from Kuwait. This led to the controversial policy of reflagging Kuwaiti tankers so they could be escorted by U.S. warships in Operation Earnest Will.

The supertanker Bridgeton—formerly the Kuwaiti tanker al-Rekkah—was the first ship to receive a U.S. escort. Upon entering the narrow Straits of Hormuz, a flight of four Iranian Phantom jets swooped towards the Bridgeton convoy, but turned away at the last minute. On July 23, Tehran rumbled that tanker was carrying “prohibited goods” but made no obvious moves

U.S. intelligence had learned of Iranian plans to attack the convoy with motorboats operated by the Iranian Revolutionary Guard Corps Navy. Indeed, the head of the IRGC had lobbied for such an attack but was vetoed by Supreme Leader Ruhollah Khomeini. He had a subtler approach in mind.

As the Bridgeton cruised eighteen miles west of Iran’s Farsi Island on the morning of July 24, she abruptly struck what resembled a spiked-ball chained to the sea floor—a variant of an old Soviet M-08 mine built by North Korea and exported to Iran. An explosion ripped a large hole the tanker’s port cargo tank, flooding five of her thirty-one compartments but not injuring any crew.