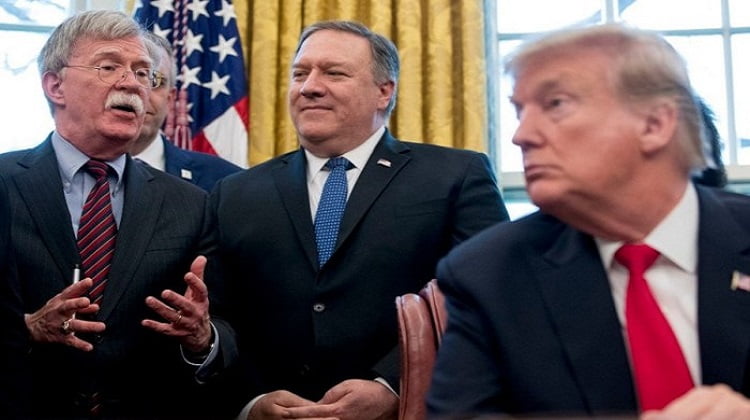 The Trump administration’s ‘bluster’ has forced the Iranians into a defensive posture. 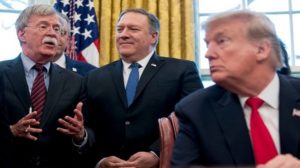 In the first two weeks of May, U.S.–Iran tensions appeared to be careening toward war. In an escalating series of warnings, the U.S. asserted that an attack by Iran would be met with unrelenting force. Iran eventually responded with its usual bluster about being prepared for a full confrontation with Washington. But on the ground the Middle East looks more like a chessboard, with Iran and its allies and proxies facing off against American allies. This state of affairs was brought into sharp relief when Iranian-backed Houthi rebels launched a drone attack on Saudi Arabia and a rocket fell near the U.S. embassy in Baghdad.

U.S. media have tended to focus on the role of national-security adviser John Bolton in crafting the administration’s policy — and whether America would actually go to war with Iran. Iranian media have also sought to decipher exactly what the Trump administration is up to. According to Iran’s Tasnim News, the powerful Islamic Revolutionary Guard Corps (IRGC) commander Hossein Salami told a closed session of Parliament that the U.S. was involved in a “psychological war” with Iran, predicting the U.S. didn’t have enough forces to actually attack Iran yet.

In the complex game of wits being played between the Trump administration and the Iranian regime, it appears that the U.S. temporarily checked Iran’s usual behavior. Iran prefers bluster in rhetoric with a careful strategy of extending its influence in Iraq, Syria, Lebanon, and Yemen, knowing that any real battle with U.S. forces will result in Iranian defeat. Tehran can’t risk massive retaliation against its allies or the regime at home for fear that it will lead to instability and the destruction of all it has carefully built up in the last years. Iran is suffering from the effects of recent nationwide floods and from shortages due to sanctions, so it can’t afford a total war, and its allies in Iraq and Lebanon are in sensitive positions of power. In the past, Iran benefited from its opaque system of alliances and its ability to threaten western powers and attack U.S. forces with proxies, even seizing U.S. sailors, without fear of reprisal. It learned in the past that the U.S. preferred diplomacy, but the current administration appears to have put Tehran on notice.

The question is what can be learned from the escalating tensions. If Iran thinks Washington isn’t serious, or if it senses that domestic opposition to Washington’s saber-rattling is building, Iran may call America’s bluff. But if Iran thinks that Trump’s team really will retaliate, it will tread carefully in all the areas of the Middle East where U.S. allies and Iran’s proxies rub up against one another.