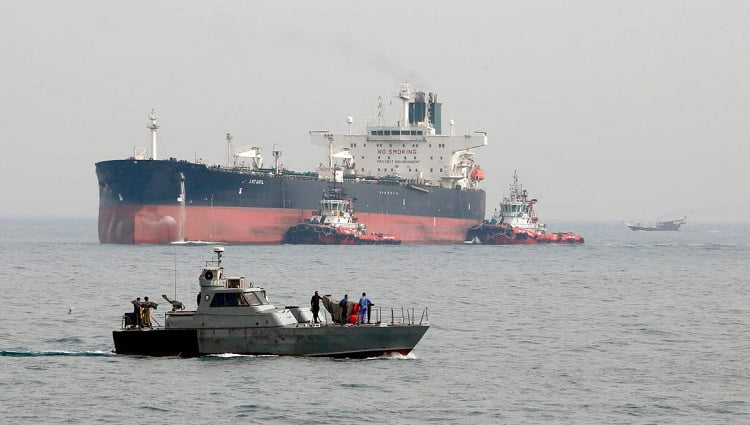 New US sanctions announced on Tuesday are unique for being accompanied by an unprecedented level of detail about covert funding for Syria’s Bashar Al Assad through channels running from Moscow and Tehran onwards to Beirut and Damascus, experts say. But the level of detail provided by the sanctions also reveals much about US intelligence into Iranian affairs.

The sanctions – the latest in a string imposed by US President Donald Trump after he withdrew from the nuclear deal with Iran in May – accuse Iran of creating a complex web of Russian shell companies and Syrian intermediaries to ship oil to Damascus.

Accompanying the sanctions announcement, the US Treasury department published an unusual amount of gathered US intelligence – ranging from photos to handwritten notes – that aimed to show a linkage between a Syrian businessman, officials at the Central Bank of Iran, and a Russian oligarch linked to a state owned energy subsidiary, accusing them of funneling money to Assad, Hezbollah and Hamas. One photo showed a cigar-chomping man posing with stacks of what appear to be bank notes.

The shipping of Iranian oil has long been known to be critical to the survival of the Assad regime in Syria. “Iranian oil supplies to Damascus are of existential value,” said Charles Lister, a senior fellow at the Middle East Institute in Washington. “The regime simply can’t operate without them, so this poses an extremely serious risk to [Bashar] Assad and the sustainability of his ability to govern at any level close to effectively.”

On 3rd of January a news spread in social media regarding Qasem Soleimani and AbuMahdi Mohandes who has died by a US drone strike near Baghdad Airport and this was the end of their lives. In social media, especially Iranian users, there was a chaotic situation, some called of “the general of... END_OF_DOCUMENT_TOKEN_TO_BE_REPLACED