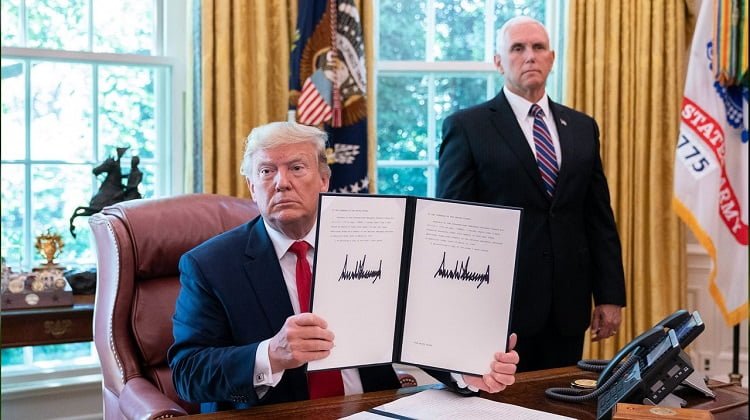 A senior Trump administration official threatened this week that Washington would carry out military action to prevent Iran’s sale of missiles to Venezuela, either by means of confiscating the weapons on the high seas or destroying them with air strikes if they were to reach the South American country.

The threat was issued by Elliott Abrams, who holds the combined posts of US special envoy for both Venezuela and Iran. A veteran right-wing operative, Abrams was convicted in connection with the Iran-Contra scandal in the 1980s, when he played a central role in creating a covert and illegal network for funding the terrorist “Contra” forces organized by the CIA to attack Nicaragua. He has remained a thuggish defender of every crime carried out by US imperialism internationally.

He added, “Every delivery of Iranian arms destabilizes South America and the Caribbean, and is especially dangerous to Venezuela’s neighbors in Brazil, Colombia, and Guyana.” The three named countries were visited last month by US Secretary Mike Pompeo in an anti-Venezuela, anti-China tour of Latin America that was accompanied by threatening joint maneuvers by US troops and the Colombian armed forces.

While Abrams presented no evidence of any imminent missile deal between Tehran and Caracas, his threat follows the October 18 lifting of a United Nations ban on Iran’s purchase or sale of conventional weapons that had been imposed in 2007. The restriction was ended as part of the 2015 nuclear deal struck between Tehran and the major powers, known as the Joint Comprehensive Plan of Action, or JCPOA. Under the JCPOA, Iran agreed to restrictions on its civilian nuclear program in exchange for the lifting of sanctions.