In a video recording obtained by RFE/RL’s Radio Free Afghanistan from an unnamed intelligence source, the two — Syed Kamal and Syed Hussain — both Afghan citizens, confess to the charges.

RFE/RL cannot independently verify the claims made in the video or the circumstances under which the video was recorded.

In the recording, both men say they were part of Sipah-i-Mohammad, a group of Afghan refugees who had received training by Iran’s Revolutionary Guards.

The men said members of the group were sent back to Afghanistan to carry out attacks and gather intelligence.

Kamal, who was sent back to Afghanistan in 2000, said the group was equipped with weapons from an Iranian arms factory run by the Revolutionary Guards.

The video recording shows Kamal brandishing several weapons, including a remote-controlled detonator, which he says can detonate “10 to 20 bombs simultaneously in different locations” from several kilometers away.

Kamal claims that Revolutionary Guards were recruiting militants from Afghanistan, Iraq, and Lebanon, and training them in camps around Iran, including sites in the cities of Mashad, Zahidan, and even some areas of Tehran.

“Currently, the [Revolutionary Guards] are recruiting very actively,” he says. “They are working intensively with all different groups. They want to rejuvenate the Hezb-i-Islami and they are recruiting forces for them. They’re also training Taliban fighters in different locations.”

Hussain, the other detainee, said that the Revolutionary Guards told the Afghan group members that the United States was their enemy and that they should strive to drive them out of the country.

Hussain, who says he was in Afghanistan mainly gathering intelligence and working as a courier, appeared to confess that he was part of a group attempting to plant a roadside bomb in Kabul.

He said the plan ultimately failed as the two remote-controlled bombs they had planted were defused by Afghan security forces before they could be detonated.

The arrest of Kamal and Hussain comes after reports that Afghan authorities had arrested another Afghan man on charges of spying for Iran. 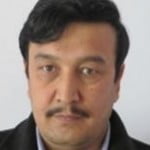 detained by Afghan intelligence for disclosing government secrets to Iran.

Fars confirmed that Hakimi was arrested on May 5 and taken to an unknown location.

The agency quotes Hakimi’s wife as saying that her husband had made a brief telephone call on the night of May 5 to inform his family of his arrest by the Afghan National Security Office.

Fars said the arrest could be due to a “misunderstanding” on the part of Afghan security bodies.

Iranian Commander: Our Fingers Ready to Pull Trigger to Kill Any Threat