Warsaw summit: Why Iran is the elephant in the room

Feb 15, 2019 Economy, Politic, Slider Comments Off on Warsaw summit: Why Iran is the elephant in the room 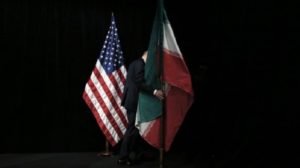 Warsaw summit: Why Iran is the elephant in the room

But it is an active member of the Nato alliance, and its dark history at the hands of Russia gives it good reason to cosy up to Washington. Poland is hosting one of the US anti-ballistic missile sites in Europe.

Indeed some Poles are eager to see a large fully-fledged US military base – what some have dubbed “Fort Trump” – on their soil. So co-hosting this would-be US diplomatic extravaganza makes clear sense to them.

But one is left with the nagging thought that this meeting is in Poland primarily for one reason – none of Washington’s other close partners in Europe were terribly eager to host it.

The gathering has prompted a collective yawn in European diplomatic circles. Even at this late stage it is uncertain who exactly will turn up and at what level many countries will be represented.

The genesis of this gathering was a proposal by the Americans to have an international meeting to increase the pressure on Tehran. But this idea was quickly revised since there was little enthusiasm among some of Washington’s Western European allies.

Indeed it became clear that putting the spotlight solely on Iran might simply highlight the divisions in the Western camp in the wake of the Trump administration‘s decision to pull out of the nuclear agreement – the JCPOA – with Tehran.

On 3rd of January a news spread in social media regarding Qasem Soleimani and AbuMahdi Mohandes who has died by a US drone strike near Baghdad Airport and this was the end of their lives. In social media, especially Iranian users, there was a chaotic situation, some called of “the general of... END_OF_DOCUMENT_TOKEN_TO_BE_REPLACED