Washington Should Not Let the New Iran Crisis Go to Waste 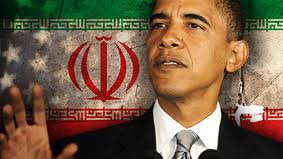 Huffington Post – All the pieces in the puzzle of piling up pressure on Iran are coming together. Once completed, they will form a picture that could harbinger continued crisis or new opportunities.

The first piece of the puzzle fell in place when after a brief hiatus during the Arab Spring, an early October surprise catapulted Iran back into news headlines. Whether reckless adventurism or implausible entrapment, the alleged Iranian plot to assassinate a senior Saudi diplomat on American soil stirred up a diplomatic hornet’s nest from Washington to Tehran and Riyadh. Undoubtedly the ensuing lengthy legal process will hang as a Damocles Sword over Iran for a long time and will further ostracize the country on the international scene.

A few days later, the second piece was placed on the board when the United Nations’ Special Rapporteur, Ahmed Shaheed, published his report on Iran’s deplorable human rights record. Despite Tehran’s refusal to grant Mr. Shaheed permission to visit Iran, he has been able to compile a long roster of imprisoned students, abused intellectuals, tortured dissidents and executed minors. If the Iranian government fails to cooperate with the UN Human Rights Council, it could soon find itself on the accused docket at the International Criminal Court.

Two other pieces of the puzzle will be assembled when the US Congress begins the process of marking up twin bills designed to strengthen unilateral US sanctions on Iran and diminish the president’s prerogative in waving them. An embargo on the central bank of Iran is among the measures contrived to cripple the Iranian currency. Given exceptional bipartisan support, the proposed legislation will probably pass through the corridors of congress with flying colors.

The puzzle also comprises geopolitically significant pieces. The pillars of the Syrian regime, Iran’s staunch ally and regional partner, are tumbling in a popular uprising that has engulfed the country. To the detriment of Iran’s allies Hamas and Hezbollah, Assad’s eventual demise will undermine Tehran’s longstanding forward defense policy. Moreover, the rise of Turkey as a secular Muslim democracy and as a member of NATO has sidelined Iran as the region’s bellwether state.

The last piece of the puzzle is probably the most consequential one. The International Atomic Agency’s quarterly report, due in early November, will detail Iran’s efforts to develop a nuclear-weapon capability. Although the rhetoric of the upcoming report is likely to be harsher than previous ones,which usually ran the gamut of good and bad, it will almost certainly fall short of passing judgment on the military nature of Tehran’s nuclear ambitions. Nevertheless, the report could entice the agency’s board of governors to once again refer Iran to the Security Council, where more crippling sanctions are awaiting.

Thus, the Obama White House has brought more pressure to bear on Iran than any other administration in the past three decades. This success is partly due to apt exploitation of opportunities to demonstrate the dangerous trajectory Iran has adopted, but also the result of incipient overtures towards Tehran. Although penalizing Iran has become an election year imperative, mounting pressure and escalating tension provide new openings for a diplomatic breakthrough. The direct contact between US and Iranian officials at the UN headquarters in New York over the terror plot accusations was a step in the right direction.

For now, the rhetoric on both sides signals belligerence. Ayatollah Ali Khamenei, Iran’s supreme leader, has stated that the efforts to spread “Iranophobia” will once again force Americans “to taste the bitterness of failure.” President Obama has vowed to punish Iranian officials by pushing for the “toughest sanctions” to date. Yet, as in most human affairs, the laws of unanticipated consequences and unexpected outcomes could escalate the crisis to an unmanageable level. The true costs of a resulting conflict may be simply too great to fathom.

As a Nobel peace laureate, President Obama should do everything in his power to avoid another unnecessary war. If the president continues to substitute and not complement diplomacy with sanctions, he is further marching down the road towards the inevitable worst outcome. Sanctions have at best delayed Iran’s march towards becoming a virtual nuclear weapon state, but they may also have prompted explicit overtures from the Iranian side. Instead of categorically dismissing these openings out of hand, which was the modus operandi of the previous administration, the Obama administration should reap the fruits of its two-year endeavor and lever the heightened pressure to achieve diplomatic gains.

Tehran has already beckoned its preparedness to stop enriching uranium to the 20 percent level and demonstrated receptiveness to accepting enhanced safeguards on its nuclear activities. Washington should not let the opportunity to curtail Iran’s most perilous nuclear activity and the prospect of establishing more rigorous monitoring on Iranian nuclear facilities go to waste. This is a no-lose option since if diplomacy fails again; it will only strengthen the international consensus on applying more pressure — and if it succeeds it would bring real progress in preventing an Iranian bomb.

More than three decades of U.S. policy toward Iran clearly demonstrates that pressure without an open door is an exercise in futility. The time is now ripe for the president to venture beyond doing things right and do the right thing: negotiate.