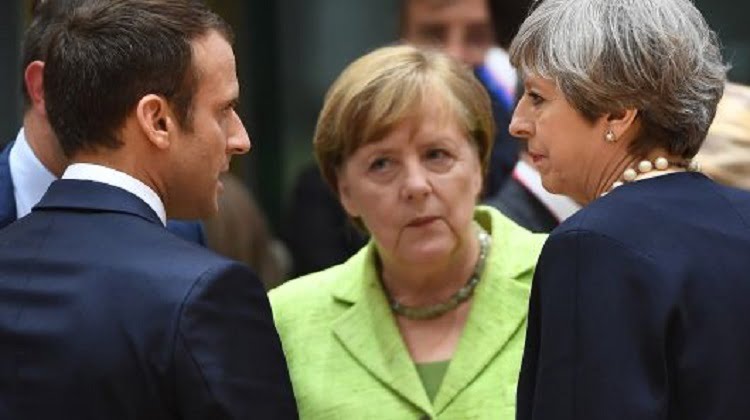 The EU has responded firmly to Iran’s threat to roll back its 2015 nuclear deal commitments, saying in a statement Thursday that it rejects any ultimatums but remained committed to the multilateral pact. 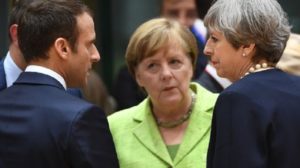 “We reject any ultimatums and will assess Iran’s compliance on the basis of Iran’s performance regarding its nuclear-related commitments under the JCPOA and the NPT,” the joint statement from the EU high representative and the foreign ministers of France, Germany and the U.K. read, referring to the deal itself — the Joint Comprehensive Plan of Action — and the Treaty on the Nonproliferation of Weapons, respectively.

In essence, the EU is saying that inspectors, not declarations, will determine how it approaches Iran going forward. And that may take some time: Data on Iran’s nuclear activities will be unclear until the International Atomic Energy Agency publishes its quarterly report in August.

Iranian President Hassan Rouhani announced Wednesday his country would end its compliance with two particular conditions of the nuclear deal if Europe did not step in to protect the country from U.S. sanctions, re-imposed after the President Donald Trump administration withdrew from the agreement one year ago.

Rouhani essentially gave Europe an ultimatum: Choose Iran over the U.S. by resuming Iranian trade in violation of sanctions, or see Iran return to higher levels of uranium enrichment. Tehran said it would restart construction on its Arak nuclear reactor, which was capable of producing weapons-grade plutonium and had been shut down as part of the 2015 deal.

“We remain fully committed to the preservation and full implementation of the JCPOA, a key achievement of the global nuclear non-proliferation architecture, which is in the security interest of all,” the EU statement read.

Appreciating the Role of IRGC in Suppressing Oppositions: Statement of the General Staff of the Armed Forces on Anniversary of IRGC Formation