What will the regime of murderers do to Iran protests after Ebrahim Raisi takes office? 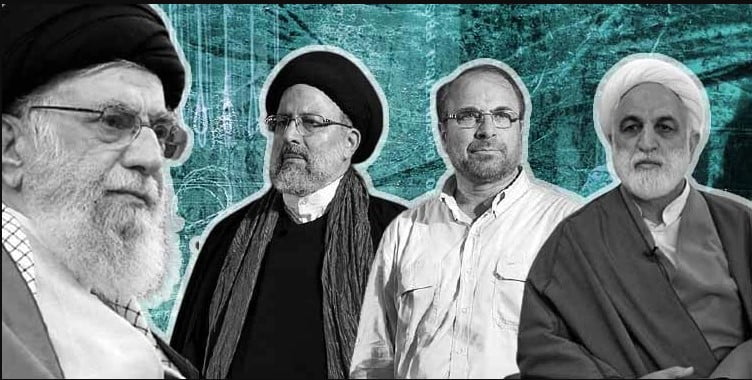 The appointment of Ebrahim Raisi, Mohseni Ejeii and Mohammad Baqer Qalibaf, major human rights violators, at the key positions of the power in Iran reflects the regime’s “new aggressive and repressive posture” which aims to intensify repression to stifle dissent. A regime of cannibals

Khamenei favors all three men for their roles in the judicial and security systems for four decades and their record of violent repression and human rights abuses.

Band of murderers in charge of the system

Ebrahim Raisi has been one of the key figures of repression in the Iranian judiciary.

He has been referred to as “Ayatollah of massacre” given his role in the mass executions of political prisoners in 1988. He was part of a so-called “death committee” – one of four judges who oversaw secret death sentences for thousands of political prisoners in jails near Tehran during the 1988 massacre. He played a decision-making role in the extrajudicial executions of more than 30,000 prisoners that time when he was 27 years old.

Mohseni Ejeii has been Khamenei’s most trusted judicial director in the Ministry of Intelligence for many years. He has been named the world’s most anti-women judge. In the last four decades, his name has been a reminder of murder, repression, and corruption for the Iranian people.

Brigadier General Mohammad Baqer Qalibaf was elected as the Speaker of Iran’s parliament (Majles) in May 2020. He is best known for being implicated in major financial corruption cases. He was the first IRGC general who became the Mayor of Tehran. Now, he is the first general who serves as Majles Speaker, and the first IRGC commander who leads one of the three branches of government. He has openly defended his record of violent repression as a “club wielder” and said that he was proud to have wielded the stick against dissidents.