Why Iran wants the bomb 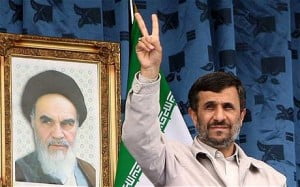 Iran’s unanimous desire to have the security of nuclear weapons puts it on a collision course with the West.

For a country riven by violent political, religious and social divisions, the one issue that is guaranteed to unite Iran’s 75 million citizens is their country’s inalienable right to build an atom bomb.

Any discussion of its nuclear programme must, of necessity, commence with the oft-repeated Iranian caveat that its ambitions are peaceful, and that they are focused solely on the development of nuclear power, rather than building weapons. But that claim now looks increasingly threadbare following publication of this week’s uncompromising report by the Vienna-based International Atomic Energy Agency (IAEA) which, for the first time, accuses Iran of trying to acquire a nuclear weapons arsenal.

That is certainly the conclusion most reasonable people will draw from the report, which provides a damning catalogue of wilful Iranian wrong-doing lasting more than a decade. It details Iran’s clandestine efforts to obtain fissile material whose usual application is for the production of nuclear warheads. It confirms that Iran is actively seeking to develop a long-range missile that can be fitted with a nuclear warhead. And it reveals that Iranian scientists – aided by a rogue nuclear expert from the former Soviet Union – have conducted experiments to develop a trigger mechanism for a nuclear weapon.

And yet, rather than being dismayed by the IAEA’s findings, which is the instinctive response of most Westerners, I suspect the majority of Iranians will be delighted that, for all their political and economic travails, the report shows that their country is still very much on course to join the world’s elite club of nuclear-armed powers.

We in the West might be horrified at the prospect of the mullahs getting the atom bomb, but Iranians have a very different take on their country’s nuclear ambitions. Whether they are Islamist hardliners devoted to the rigorous application of Sharia law, or party-going secularists from the prosperous suburbs of north Tehran, their ideological and political differences disappear the moment there is any discussion of Iran’s quest for nuclear parity with other world powers.

This national mood of uniformity on Iran’s most contentious issue was very much in evidence during the hotly disputed 2009 presidential election campaign, which resulted in Mahmoud Ahmadinejad being elected to serve a second four-year term. Thousands of people were killed or injured as supporters of Iran’s opposition Green Movement fought street battles with the regime’s security forces. But while Green Movement activists such as Mir Hossein Mousavi, who served as Iran’s prime minister in the 1980s, were highly critical of many of the policies pursued by Mr Ahmadinejad during his first term, no word of protest was raised against the country’s relentless pursuit of nuclear technology.

One of the West’s more futile diplomatic enterprises of the past 30 years has been to attempt to divide Tehran’s ruling elites into groups of moderates and hardliners – those such as its former president, Mohammed Khatami (another Green Movement acolyte), with whom the West could do business, and those, such as the present incumbent, who are clearly beyond the pale.

But such distinctions are meaningless so far as Iran’s nuclear programme is concerned. Many of the biggest advances in Iran’s nuclear development were made when so-called moderates such as Mr Khatami and former president Hashemi Rafsanjani ruled Tehran. Mr Rafsanjani was responsible for initiating the nuclear programme in the late Eighties, while some of the most controversial developments, such as construction of the underground uranium enrichment facility at Natanz, were built during the reform-minded Mr Khatami’s presidency. Indeed, the CIA’s 2007 finding that, until 2003, Iran was actively working on a nuclear weapon refers specifically to Mr Khatami’s time in office.

To understand why the nuclear issue generates so much enthusiasm among ordinary Iranians of all political and religious persuasions we should try to look at it from the perspective of the world’s most populous Shia Muslim state rather than, as we so often tend to do, from our own.

The widely held national desire of Iranians to reassert the influence their country once enjoyed, when the mere mention of the Persian empire struck fear into the hearts of its enemies, is a factor that should not be discounted lightly. But the more prosaic reality is that ordinary Iranians crave nuclear arms because of a deep-seated sense of insecurity that they are vulnerable to attack by their enemies. Iran’s nuclear programme was, after all, conceived during the darkest days of the Iran-Iraq war in the Eighties when Ayatollah Ruhollah Khomeini, the Islamic Revolution’s founding father, reluctantly conceded that Iran needed to do whatever was necessary – including the development of nuclear weapons – if it was to prevent the country from being conquered by hostile Arab states.

Arguably one of the main reasons Iran’s neighbour, Pakistan, has avoided being invaded by its deadly rival India is the fact that Islamabad has a stockpile of nuclear warheads it could deploy as a last resort. Saddam Hussein’s Iraq may no longer threaten Iran’s borders, but there are plenty of other Arab countries, such as Saudi Arabia, that would like nothing more than to see the overthrow of the ayatollahs’ brutal autocracy. Tensions between Tehran and Riyadh have been running high for decades, mainly because the ayatollahs do not regard the Saudi royal family as suitable guardians of the holy Islamic shrines at Mecca and Medina.

In previous years, there have been several violent incidents when Iranian pilgrims have fought running battles with the Saudi security forces. More recently tensions have risen between the two countries after the Saudis intervened in Bahrain to protect the ruling Sunni Muslim Khalifa dynasty after Shia Muslim protesters staged anti-government protests.

Iran’s anger at the Saudis’ heavy-handed mistreatment of Shia demonstrators has resulted in an upsurge of activity by Iranian Revolutionary Guards in Saudi Arabia’s Eastern Province, where they have been working to incite local Shia residents to rise up against Riyadh. This deepening mood of hostility between the two countries no doubt also explains the recent Iranian plot to assassinate the Saudi Arabian ambassador to Washington.

But by provoking the Saudis, the Iranians are playing with fire. The Saudis are one of Washington’s closest regional allies, and even the conflict-averse President Barack Obama might feel compelled to intervene militarily if Iran were seriously to jeopardise the kingdom’s security. Nor can the threat Iran faces from Israel’s estimated stockpile of 200-odd nuclear warheads be discounted. The rhetoric of some senior Israeli cabinet ministers, such as Foreign Minister Avigdor Lieberman, suggests they are itching for a fight with Iran.

So it is not hard to see why Tehran appears to be almost obsessed with developing nuclear weapons, even if it means being treated as an international pariah by the outside world. So far as most Iranians are concerned, what does the hardship caused by a few economic sanctions matter when the very survival of their country is at stake?

Trying to rationalise Iran’s pursuit of nuclear technology may, though, prove to be a lot easier than resolving the security concerns it raises for the West. There is unanimity among the major Western powers that a nuclear-armed Iran must be avoided at all costs, not least because the regime’s inherent instability, with different factions constantly vying for power, raises serious questions about who would actually have their finger on the nuclear button.

If the weapons were controlled by the more ideologically committed elements within the Revolutionary Guards, would they be tempted to pass them on to their terrorist allies elsewhere in the region? The stream of anti-Western and anti-Israeli vitriol that emanates from the current leadership in Tehran certainly does not provide much reassurance to the West that Iran’s nuclear intentions are benign.

The conclusions reached by the IAEA will increase the pressure on Western policymakers to do everything in their power to prevent Iran achieving its ambition, even if it means launching military action to destroy Iran’s nuclear facilities. This is a course of action that no sane person would advocate, particularly given Iran’s highly credible threat to cause havoc throughout the region if attacked.

In the immediate future, all the talk at the UN will focus on ramping up the sanctions programme against Iran – and winning the support of China and Russia, which is crucial to its effectiveness – in the hope that the mullahs can be brought to their senses.

But given that most experts believe Iran will have the means to build a bomb within a year, military action may become inevitable if sanctions fail. As things stand today, it seems that the very different worlds of revolutionary Islam and Western democracy are determined on a collision course.

How Iran Uses Dual Citizenship in the Caribbean to Skirt Sanctions