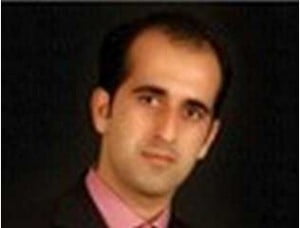 Mohammed Ismail-Zadeh, a political and civilian activist, who contacted local police to complain of harassment by the security forces. In the incident, he broke her teeth and jaw. The report further states that in recent weeks the security forces have twice shown up at the home of Mohammed Ismail-Zadeh, who also runs a personal blog, and confiscated some of his equipment. His wife went to the police to file a complaint of harassment. In recent days, the security forces once again showed up at the couple’s home, and she refused to open the door. When the commander of the security forces learned of Katayoon Bahrami’s complaint, he beat her viciously and threw her out of the police station. Her jaw was broken in the beating. She was hospitalized and will need surgery.

At least 5 students of senior dissident cleric arrested in Shiraz

Top 5 reasons why the United States must attack Syria decisively.