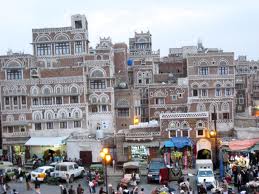 In the past several months, Iran appears to have increased its political outreach and arms shipments to rebels and other political figures in Yemen as part of what American military and intelligence officials say is a widening Iranian effort to extend its influence across the greater Middle East.

Iranian smugglers backed by the Quds Force, an elite international operations unit within Iran’s Islamic Revolutionary Guards Corps, are using small boats to ship AK-47s, rocket-propelled grenades and other arms to replace older weapons used by the rebels, a senior American official said. Using intercepted cellphone conversations between the smugglers and Quds Force operatives provided by the Americans, the Yemeni and Indian coastal authorities have seized some shipments, according to the American official and a senior Indian official.

The scale of Iran’s involvement remains unclear, and some Yemeni officials and analysts remain skeptical about the impact of any weapons shipments, citing a long history of dubious accusations by Saudi Arabia — Iran’s regional nemesis — and Saudi allies in Yemen.

But American officials — who had sometimes dismissed such accusations as propaganda — say there now appears to be at least limited material support from the Iranians.

Earlier this year, Iran tried to send to Yemen material used to make explosive devices, known as explosively formed penetrators, or E.F.P.’s, according to a high-ranking Yemeni security official. The material was shipped in freighters from Turkey and Egypt that docked in Aden.

The cargo was destined for Yemeni businessmen affiliated with the rebels, known as the Houthis, but was intercepted by the government, the Yemeni official said. American officials said Iran supplied the same lethal roadside bombs to insurgents in Iraq during the worst of the violence there, an accusation that Iran has consistently denied.

“Iran is really trying to play a big role in Yemen now,” the Yemeni official said from his office in Sana, the country’s capital.

American officials say the Iranian aid to Yemen — a relatively small but steady stream of automatic rifles, grenade launchers, bomb-making material and several million dollars in cash — mirrors the kind of weapons and training the Quds Force is providing the embattled government of President Bashar al-Assad of Syria. It also reflects a broader campaign that includes what American officials say was a failed plot to assassinate the Saudi ambassador to the United States in October, and what appears to have been a coordinated effort by Iran to attack Israeli diplomats in India and Georgia earlier this year. Iran has denied any role in the attacks.

“They are working earnestly to keep Assad in power,” he said, explaining that in addition to arms and scores of Quds Force trainers and Iranian intelligence agents, Iran is providing the Syrian security services with electronic eavesdropping equipment “to try and pick up where the opposition networks are.”

In early January, American intelligence officials said, the Quds Force commander, Qassim Suleimani, visited Damascus, Syria, raising suspicions that Iran was advising Mr. Assad on how to quash the uprising. “What we’re seeing is a much more aggressive Iranian effort to become involved in a number of areas and activities,” President Obama’s counterterrorism adviser, John O. Brennan, said in a recent interview.

The authorities in Azerbaijan announced Wednesday that they had arrested 22 Azeri citizens suspected of spying for Iran’s Revolutionary Guards and plotting to attack the United States and Israeli Embassies and the British oil company BP, according to Reuters, citing the country’s National Security Ministry.

Analysts say Yemen could be highly useful in any effort by Iran to retaliate against an Israeli attack on Iranian nuclear facilities. The country’s longtime president, Ali Abdullah Saleh, formally stepped down earlier this year after a year of widespread protests and violence, but Yemen remains highly volatile, with its political elite divided and much of the country outside the control of the government. Militants linked to Al Qaeda continue to battle the Yemeni military in the south, and much of the north is under the control of the Houthi rebels.

The Houthi rebels are based just across the border from Saudi Arabia, and they practice a quasi-Shiite form of Islam that makes them natural Iranian allies. Skilled guerrilla fighters, they fought a short war with Saudi Arabia in 2009, and could presumably be used as an Iranian proxy force. “Iran is hoping to use Yemen as a pressure point against Saudi Arabia and all the countries in the Arab Gulf,” said Yahya al-Jifri, a leader of Al Rabita, one of Yemen’s independent political parties.

A Houthi spokesman, Yahya al-Houthi, denied that the movement had received any Iranian weapons, training or money, and added that the accusation was an old one leveled by the United States and Saudi Arabia.

Many Yemeni political and tribal figures dismiss any Iranian military support as insignificant, noting that the Houthis have plenty of weapons, and that Saudi Arabia has been supplying Yemeni factions with arms for decades. Some add that any substantial shipments of arms across inland Yemen would have left a clear trail of evidence.

There have been reports on the subject in the Yemeni press — as in years past — but those are widely dismissed as rumors disseminated by Saleh loyalists, or allies of Saudi Arabia. One high-ranking Yemeni official said that he had been told about the Iranian military aid by Mr. Brennan, but that he had no other reason to believe it.

True or not, the claims of Iranian support are now held up as gospel by Sunni tribal figures in northern Yemen, where fears are rising of a proxy conflict between Iran and Saudi Arabia. One prominent Sunni tribal leader in northern Jawf Province, Abdullah al-Jumaili, said: “We don’t even call them the ‘Houthis’ anymore. We refer to them as ‘the followers of Iran.’ ”

Weapons aside, Iran is offering financial help, training and encouragement to a number of groups that protested against Mr. Saleh’s rule in the past year, according to Yemeni political leaders, diplomats and tribal figures.

“We have been treated unjustly by Saudi Arabia, and we do not mind taking help from Iran, which has been sympathetic to our cause,” Sultan al-Samie, a prominent tribal figure and militia leader in the central city of Taiz, said in a telephone interview. Mr. Samie said that he traveled to Iran to attend an all-expenses-paid conference last fall, along with scores of other protesters, but he denied widespread reports in Yemen that he has accepted Iranian payments.

Iran appears to be playing its hand shrewdly, offering financial help and sympathy but insisting that there are no strings attached, according to Mr. Samie and others. That is an important distinction in an area where Saudi Arabia is widely perceived to have used cash to manipulate Yemeni political and religious currents. Iran also recently added a daily Yemen program to its Arabic-language channel, Al Aalem, that is now popular across Yemen for its anti-Saleh slant. The channel is also viscerally anti-American, like all Iranian official media.

There also appears to be increased Iranian influence among Yemeni activists, especially those not affiliated with the Islamist party Islah, and even more so among supporters of the southern separatists movement, known as the Herak.

A large contingent of Yemenis attended two conferences in Tehran in September and January intended to link Iran with protesters affiliated with the Arab Spring movements. “We need another force today to make balance and I think that force is Iran,” said Aad Qaid, a 28-year-old activist who supports the southern secessionist movement and attended the January conference. “Iran supports the Houthis and Herak.”

Two Weeks of Systemized Lies and Ambiguities: Mousavi’s Family Still Has No News of Their Parents

U.S. calls for release of journalists