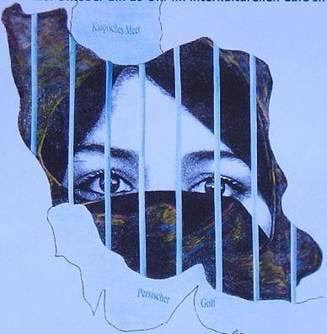 NEW YORK, NY— Since the 1979 revolution in Iran, the status of women has been on a steady decline. In the cleric led Islamic Republic, women are not valued as equal to men. They earn less than men, have fewer rights under the Islamic law, and need permission from their husbands or fathers to leave country or apply for a passport.

Yakin Erturk served as the UN’s Special Rapporteur on Violence against Women from 2003 to 2009. Today, she is a professor of sociology at Middle East Technical University, Ankara, Turkey.

According to Erturk,”in the family women face psychological, physical and sexual violence, and gender discrimination.”

Erturktold the audience in a new conference on the status of women in Iran that the Islamic Republic’s laws “do not provide protection for victims of domestic violence and make it difficult to escape violence through divorce,” adding that suffering spouses often endure “time-consuming judicial procedures and stigmatisation”.

“I am concerned that victims of rape face obstacles in seeking justice and if they cannot prove they have [been] raped they face sentences,” Erturk told the reporters, referring to instances where women complaining of rape were charged with adultery by the Islamic Republic.

Divorce for men is a simple and straight forward process in Iran. But it is not the case for women.

Women who wish to divorce their husbands may do so only if the woman can prove impotence, spousal absence from the home for more than six months, or failure by the man to support his spouse. Unless one or more of these grounds are proven by the woman, cleric courts of Iran will deny her request for divorce.

“The various forms of violence against women are underlined by a common element, namely the existence of discriminatory laws and malfunctions in the administration of justice”, said Erturk referring to Iranian laws and its system of Islamic justice.

These Islamic practices demeaning to women are not limited to Iran, but Iranian clerics have used these practices as a subtle form of social control in a country still overwhelmingly in favor of secular government and western style democracy.