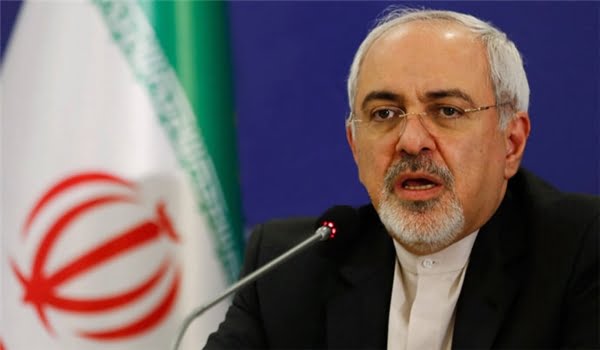 TEHRAN (FNA)- Iranian Foreign Minister Mohammad Javad Zarif voiced Tehran’s concern over the ongoing bloodshed by the Islamic State of Iraq and the Levant (ISIL) terrorist group across Iraq, but meantime, rejected the claims that Tehran has dispatched its forces to Iraq.

In an interview with the New Yorker on Friday, Zarif denied reports that Tehran has already dispatched battalions of the Islamic Revolution Guards Corps (IRGC) to Iraq to aid and protect Prime Minister Nouri al-Maliki’s government.

“It is in the interest of everybody to stabilize the government of Iraq. If the US has come to realize that these groups pose a threat to the security of the region, and if the US truly wants to fight terrorism and extremism, then it’s a common global cause,” the top Iranian diplomat said.

In similar remarks on Saturday, Iran’s president Hassan Rouhani underlined that the Iraqi nation is able to ward off terrorism.

“We, as the Islamic Republic, are Iraq’s friend and neighbor and have good relations with the Iraqi government and nation,” Rouhani told reporters in a press conferenc.

“Since the onset of its establishment, the Islamic Republic has never taken such measures and we have never sent our troops to another country for operations,” he said, and added, “Of course, we will provide countries with our consultative views.”

The Iranian president further warned of Iran’s tough confrontation with the ISIL or any other terrorist group which might come close to the Iranian borders, and said, “If a terrorist group approaches our borders, we will definitely confront it, because our duty is defending our territorial integrity and national interests.”

He also warned those states which are providing financial back up and arms supports for the ISIL and other terrorist groups, cautioning that they would return to set fire to those countries as well.

He also dismissed a report by a western media outlet alleging that an unnamed Iranian official has informed of impending Iran-US cooperation against the terrorists in Iraq, and said, “The Americans might want to do something, but I am not informed of it.”

He described terrorism as an important issue in the region, and said the recent events in Iraq happened because the terrorist groups are mad at the results of the election which kept the Shiites and al-Maliki in power through a completely democratic trend.

He said some groups’ intention for “compensating their loss and failure in the election through terrorism is not acceptable”.

Rouhani further played down the power of the ISIL terrorists, saying that the collapse of Mosul was the product of a whole set of elements and some coordination (made with a number of traitors in the city).

The US Wall Street Journal in a report on Friday claimed that Tehran has sent two elite units of its Islamic Revolution Guards Corps (IRGC) to Iraq to fight against the Islamic State of Iraq and the Levant (ISIL, also known as ISIS) terrorists – an Al-Qaeda offshoot.

A few hours later, Iranian Deputy Foreign Minister Hossein Amir Abdollahian categorically rejected the report, and told FNA that “the dispatch of Iranian military forces to Iraq is not true”.

“Frankly I have no idea about that. I am in London now,” he told the WSJ in a phone interview.

In Tehran, Foreign Ministry Spokeswoman Marzieh Afgham had already stressed that Iran is not involved in the clashes in Iraq, saying, “Until now we haven’t received any requests for help from Iraq. Iraq’s army is certainly capable in handling this.”