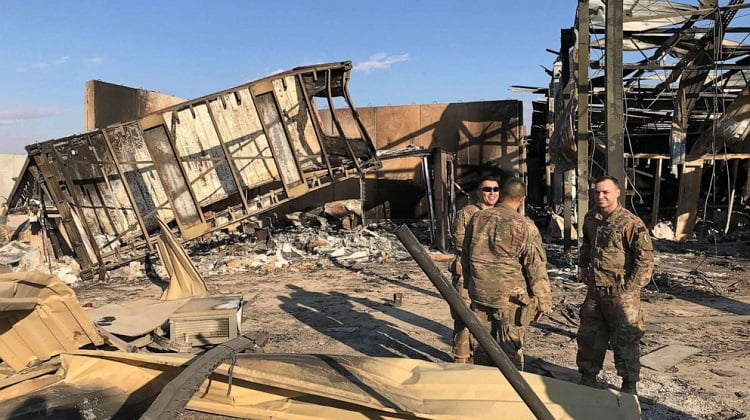 Thirty-four US service members have been diagnosed with traumatic brain injuries following the Iranian missile attack on US forces in Iraq earlier this month, Pentagon spokesman Jonathan Hoffman said Friday.

Seventeen service members who were injured have since returned to duty in Iraq, sixteen of whom were treated locally in the country.

Although traumatic brain injuries are not always apparent immediately after they’ve been suffered, the disclosure of injured US service members indicates that the impact of the attack was more serious than initial assessments indicated.

The Pentagon and President Donald Trump had initially said no service members were injured or killed in the January 8 Iranian missile attack, which was retaliation for the January 2 US drone strike that killed a top Iranian general.
Hoffman said Friday that the Defense Department will review its processes for tracking and reporting injuries suffered by service members.
“The goal is to be as transparent, accurate and to provide the American people and our service members with the best information about the tremendous sacrifices our war fighters make,” Hoffman told reporters Friday.

Israel carries out ‘wide-scale strikes’ on Iranian forces in Syria

Basij commander Naqdi: “Destruction of the Israeli regime is imminent”

Ahmadinejad’s lies:”I can’t believe that a leader kills his own people in Libya”

One more year of imprisonment for Ahmad Karimi