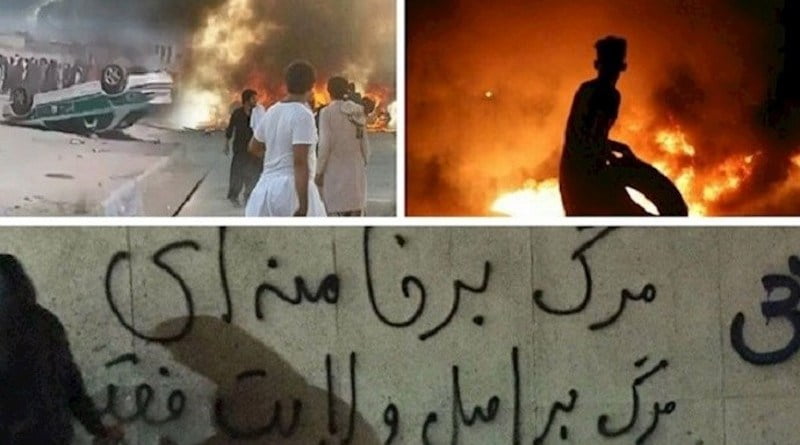 The Uprising In Sistan and Baluchestan Province of Iran

Today marks the 8th day of Sistan and Baluchestan protests that started in Saravan, southeastern Iran. The protests erupted on February 22 when the Revolutionary Guards (IRGC) opened fire and killed fuel porters in Saravan county, near the Iran-Pakistan border. IRGC forces in the Saravan border area opened fire on a group of Baluch fuel porters, killing and injuring several people.

The regime shut down or disrupted internet connections on Wednesday night to quell the Sistan and Baluchestan protests. However, sporadic clashes and other forms of protest have continued and have spread to several other cities in the province including in the provincial capital, Zahedan.

On Saturday, the youth in Dashtyari county blocked the road to Bahukalat in protest to the killing of fuel traders at the Saravan border crossing.

Under severe pressure by protests across Sistan and Baluchestan and fearing the expansion of protests to other parts of Iran, the regime was forced to restore the work permit of some fuel traders. IRGC units have evacuated some of their border outposts in fear of protests.

A citizen reported on Saturday: “We’re still facing an internet blackout. We tried to take our wounded to locations where security forces could not harm them. Since yesterday evening, we brought a few nurses and doctors from 400 kilometers away to tend to the wounded. I haven’t slept in two days. We just had short access to internet 30 minutes ago in Zahedan.”