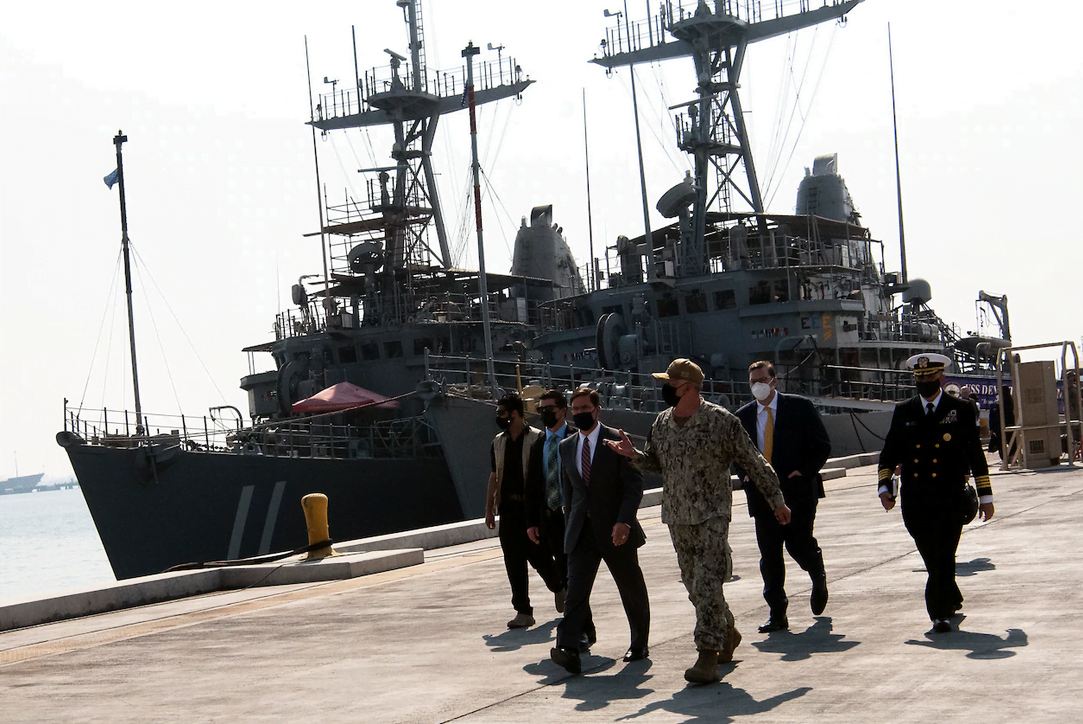 Defense Secretary Dr. Mark T. Esper visited with Bahraini and U.S. leaders in Manama, Bahrain, to get a feel for conditions in the vital Persian Gulf region.

Esper met with King Hamad bin Isa Al Khalifa and thanked the Bahraini monarch for his country’s stout support of American presence in the region.

Earlier in the day, the secretary met with Navy Vice Adm. Samuel Paparo, the commander of the 5th Fleet based in Bahrain. He got a feel for operations in the Persian Gulf and the threat posed by Iran in that crucial waterway.

The secretary also visited with service members and toured the USS Devastator, a countermine ship, and the USS Monsoon, a patrol craft. Both ships are based in Bahrain and play an important role in ensuring freedom of navigation.

Iran is just across the Gulf from Bahrain and remains the biggest problem in the vital thoroughfare. In the past, Iranian leaders have threatened to close the waterway. This would choke off a large proportion of the world’s oil. Iran was behind last year’s attacks on tanker ships in the region and launched a drone strike against a Saudi oil refinery. The Iranian regime also supports proxy groups from the Houthis fighting in Yemen to Shiite militias in Iraq.

Iran has seemed to back off from provocations. Fifth Fleet officials put that, in part, to the presence of the Nimitz carrier battle group in the Gulf and the solidarity among partners in the Gulf to ensure the waterway is safe.

A total of 33 nations participate in operations to ensure freedom of navigation in the Arabian Gulf. Bahrain is a key member of that group and hosts the home port of the task force. U.S. Coast Guard personnel help teach partners’ sailors the fine art of searching vessels. Taskforce vessels counter-piracy, run counternarcotics operations, and search for illegal weapons. The vessels also rescue mariners in trouble. There have been numerous reports over the years of coalition vessels rescuing Iranian mariners.