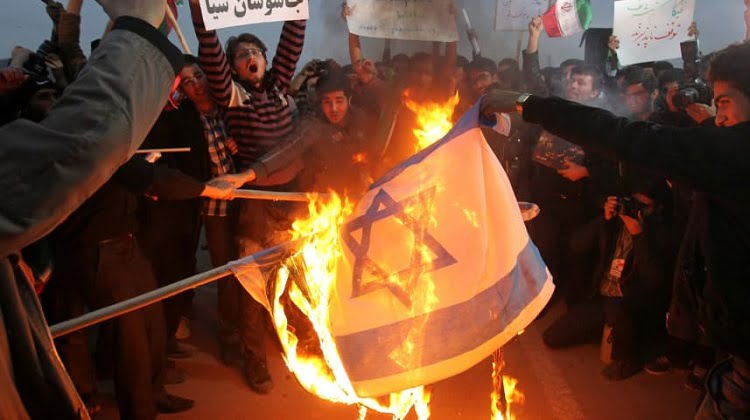 Turns out, Iranians are split over this question, but the debate doesn’t make it to Israel – nor does the fact that the Iranians have other interests unrelated to the Holy Land 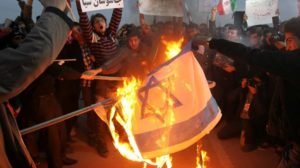 A heated public debate took place recently between Iranian Foreign Minister Javad Zarif and a reporter from the French weekly Le Point. Le Point asked Zarif in an interview, among other things, about Iran’s intention to destroy Israel and why Iran’s ballistic missiles are inscribed with the words “death to Israel.” Zarif rejected the question out of hand. “When did someone say that Iran would destroy Israel? Show me one person who said this.”

In response, the reporter quoted a statement by the former Iranian president, Mahmoud Ahmadinejad in 2007: “Israel must disappear from the map.” Zarif responded that “Ahmadinejad was quoting the Ayatollah Khomeini, who said that Israel would disappear from the pages of history.” He did not say that he would destroy it. Israel’s policy and conduct will lead to its being destroyed by itself, Zarif explained.

This interview made waves in Iran, because it seems to be the first time that an Iranian official says clearly that Iran does not intend to destroy Israel, as opposed to interpretations in the West and in Israel, by which the Iranian threat also includes a strategy to destroy Israel.

Iran’s Foreign Ministry spokesman, Bahram Qassemi, explained that “Zarif’s remarks are consistent with the permanent policy of Iran,” and the question he was asked had tripped him up, because “Khomeini and Khamenei did say that Israel would disappear from the face of the earth within 25 years because of its policy, but they did not say Iran would be the one to destroy it… Iran does not threaten to destroy Israel, Israel is the one threatening to destroy Iran,” referring to the leader of the 1979 Iranian revolution Ayatollah Ruhollah Khomeini and former current Supreme Leader Ayatollah Ali Khamenei.

Iranian regime only allows for internet users to use dial-up

Why did Iran issue an arrest warrant for Donald Trump?