EU to expand sanctions on Iran over human rights abuses 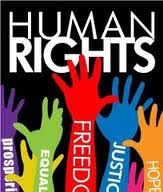 European governments will impose sanctions next week on nine Iranian officials and other people they blame for human rights violations in the Islamic Republic, EU diplomats said on Thursday.

including juveniles as well as arrests of dissidents who are often tortured in jail, sometimes to death.

The new EU sanctions are separate from measures imposed on Iran over its nuclear programme which governments in the EU and elsewhere suspect has a covert military dimension.

They extend existing EU measures imposed in the past over human rights violations, which currently target 78 people, including officials such as the head of Iran’s judiciary Sadeq Larijani and the head of the state broadcasting network, Ezzatollah Zarghami.

Foreign ministers of EU governments will give their final approval to the new list on Monday and names will be made public on Tuesday.

The U.N. has listed cases such the house arrest of opposition leaders Mehdi Karoubi and Mir Hossein Mousavi it said were among hundreds of political prisoners held for exercising their right to freedom of expression during protests over alleged fraud in the re-election of President Mahmoud Ahmadinejad in 2009.