Gantz: Iran is two months away from nuclear bomb 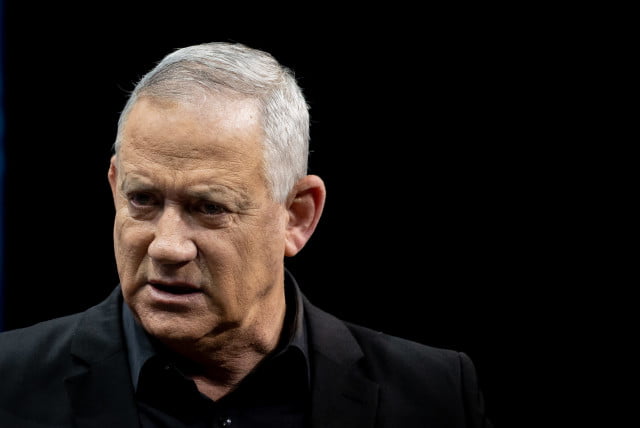 Tehran is two months away from nuclear weapons capacity, warned Defense Minister Benny Gantz as he called for the international community to create a new prevention plan that did not involve reviving the 2015 Iran deal.

“Iran is only two months away from acquiring the materials necessary for a nuclear weapon,” Gantz told a gathering of 60 ambassadors in Tel Aviv.

He spoke just one day before Prime Minister Naftali Bennett is scheduled to present such an alternative plan to US President Joe Biden at the White House on Thursday.

Biden has been in favor of reviving the 2015 Joint Comprehensive Plan of Action designed to curb Iran’s nuclear ambitions, which the US exited in 2018.

Indirect talks brokered by the European Union have faltered and have allowed for Tehran to ramp up its uranium enrichment needed to produce nuclear weapons.

“We do not know if the Iranian regime will be willing to sign an agreement and come back to the negotiation table – and the international community must build a viable ‘Plan B’ in order to stop Iran in its tracks toward a nuclear weapon,” Gantz said.

The preferred option, he said, is a diplomatic one.

“At the end of the day, the goal is to reach a ‘longer, stronger and broader’ agreement than the previous one,” Gantz said. An “Iranian nuclear program could incite an arms race in the region and the entire world.”

Nevertheless, he hinted at military action if needed. “The State of Israel has the means to act and will not hesitate to do so – I do not rule out the possibility that Israel will have to take action in the future in order to prevent a nuclear Iran,” Gantz said.

At present, the “Iranian threat is land-based,” with Tehran operating “via its proxies in Iraq, Yemen, Syria, Lebanon and Gaza,” he said.