The Associated Press on Thursday reported a group of hackers linked to Iran attacked U.S. officials over the past month in an apparent effort to retaliate for sanctions imposed on Iran by the United States. 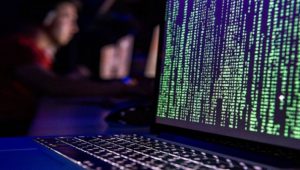 The AP cited data from Certfa, a cybersecurity firm based in London that has been tracking the activities of a hacker unit known as “Charming Kitten.”

The group specializes in phishing attacks, which employ phony emails and social media posts to trick the victims into disclosing security information such as account passwords or downloading viruses that allow hackers to access their computer systems. Charming Kitten’s phishing attacks largely consisted of fake alerts warning victims their account security has been compromised and luring them to realistic-looking fake websites where the victims would type their passwords in the mistaken belief they were accessing their accounts with legitimate providers such as Google.

Certfa’s investigation revealed Charming Kitten put a great deal of work into researching their targets to make the phishing emails appear convincing, and unlike most freelance hackers, they preferred to lurk unnoticed in compromised accounts rather than wreaking havoc. Most damning was Charming Kitten’s use of an email domain linked to the Iranian government and its Islamic Revolutionary Guard Corps (IRGC).

The group’s activities surged quickly as the tough round of U.S. sanctions went into effect in the fall. The Associated Press noted its target list included more than a dozen officials from the U.S. Treasury Department, in addition to “high-profile defenders, detractors, and enforcers of the nuclear deal struck between Washington and Tehran, as well as Arab atomic scientists, Iranian civil society figures and D.C. think tank employees.”

On 3rd of January a news spread in social media regarding Qasem Soleimani and AbuMahdi Mohandes who has died by a US drone strike near Baghdad Airport and this was the end of their lives. In social media, especially Iranian users, there was a chaotic situation, some called of “the general of... END_OF_DOCUMENT_TOKEN_TO_BE_REPLACED