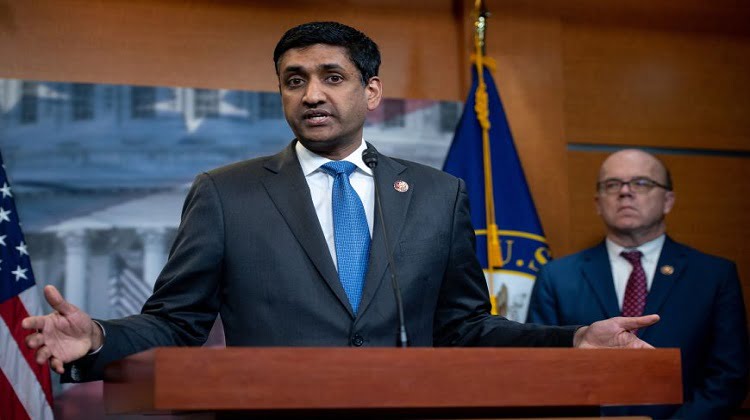 As the U.S. and Iran inch closer to war, Silicon Valley Rep. Ro Khanna and Sen. Bernie Sanders are proposing new legislation that would restrict President Trump from carrying out his threats to bomb dozens of sites around the country. 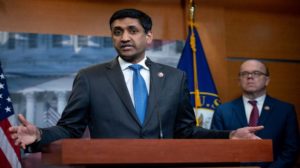 The bill, set to be introduced Tuesday, would prohibit any funding for offensive military force in or against Iran without congressional approval — a bid to tamp down escalating tensions in the wake of the U.S. drone strike that killed top Iranian general Qasem Soleimani last week.

A similar measure pushed by Khanna, D-Santa Clara, passed the House with bipartisan support last summer. But it was stripped from the annual defense funding bill that Congress passed in December, in a compromise between the House and Senate Republicans.

“Today, we are seeing a dangerous escalation that brings us closer to another disastrous war in the Middle East,” Khanna and Sanders said in a statement. “A war with Iran could cost countless lives and trillions more dollars and lead to even more deaths, more conflict, more displacement in that already highly volatile region of the world.”

Khanna’s legislation would clarify that the 2001 and 2002 authorizations that Congress passed allowing military force in the Middle East could not be used to justify attacks on Iran. The administration has argued that the strike against Soleimani was allowed under both measures, which were passed in the wake of the 9/11 attacks and later allowed the U.S. invasion of Iraq.

Progressives had criticized the compromise that excluded his amendment from last year’s defense bill, with Khanna describing it as “astonishing moral cowardice.” If the measure had been approved, he argued in an interview Monday, it could have prevented Trump from approving the controversial strike that killed Soleimani and other officials of pro-Iranian Iraqi militias outside the Baghdad airport last week.

Read more at: The Mercury News