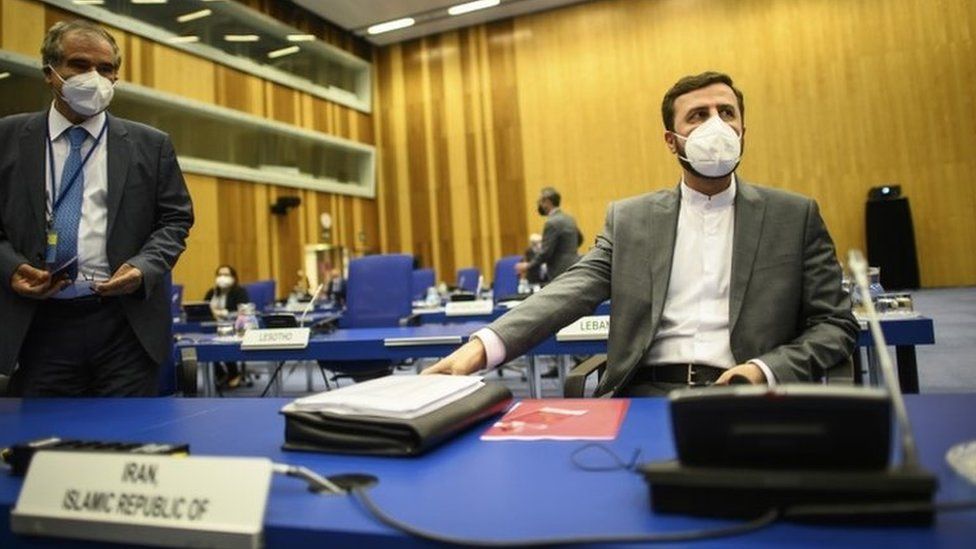 The head of the global nuclear watchdog is deeply concerned that Iran has still not explained the presence of uranium particles at three undeclared sites.

Rafael Grossi told the International Atomic Energy Agency’s member states that nuclear material or contaminated equipment had been at the locations.

The lack of progress “seriously affects the ability of the agency to provide assurance of the peaceful nature of Iran’s nuclear programme”, he warned.

Iran has insisted it is co-operating.

It is thought that possible nuclear-related activities took place at the locations in the early 2000s, long before Iran struck a deal with world powers that placed limits on its nuclear programme.

Iran insists it has never sought to develop a nuclear weapon, but evidence collected by the IAEA suggests that until 2003 it conducted “a range of activities relevant to the development of a nuclear explosive device”.

In 2019, the IAEA requested that Iran answer questions about possible undeclared nuclear activities and materials.

Inspectors also detected uranium particles at two more unidentified locations – one where there was “the possible presence… of natural uranium in the form of a metal disc”, and another where there was “possible use or storage of nuclear material and/or conducting of nuclear-related activities”.

They also asked questions about a fourth location where nuclear material was possibly used and stored, and where outdoor, conventional explosive testing may have taken place.

Read the complete article at: BBC

The Arrests of 2009 and Khamenei’s Orders