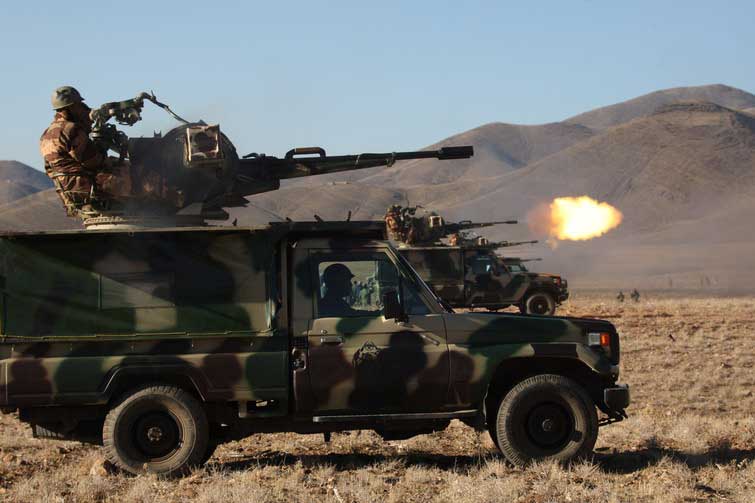 Iran backs US military coordination over ISIL – According to sources close to the Iranian government, Supreme Leader Grand Ayatollah Ali Khamenei has agreed to allow the Iranian military to coordinate with the US to combat the Islamic State of Iraq and Syria (ISIL).

Although a number of international media outlets quickly picked up the report regarding future US-Iranian military coordination, this was quickly and routinely denied by Iranian foreign ministry spokeswoman Marziyeh Afkham.

Recent success in pushing back ISIL from Amerli in northern Iraq has been attributed to nuanced cooperation between US Air Force and Kurdish Peshmerga ground forces, backed by Iraqi military units which have been receiving support from Iranian officers in Iraq.

Iranian Revolutionary Guard Corps (IRGC) Quds Force commander Gen. Qassem Suleimani has reportedly been given the go-ahead to establish links with US military officials to facilitate coordination in the fight against ISIL.

CNN journalist Christiane Amanpour told BBC Persian that Iraqi President Fuad Masoum had confirmed to her that military coordination between Iran and the US is now taking place in Iraq.

Iranian Foreign Minister Mohammed Javad Zarif implicitly confirmed that Tehran is providing arms to Iraqi and Kurdish forces to confront ISIL during a visit to Iraq last month. However Iranian Chief of Staff Gen. Hassan Firouzabadi subsequently came out to deny this.

Ambiguity and vagueness is a long-standing part of Iran’s foreign policy towards the region, including denying reports that are known to be accurate. The denial of coordination with the US is important for Iran’s clerical establishment which is seeking to burnish its anti-American image before domestic and regional public opinion.

However, regional security concerns and heavy international sanctions means that Tehran could be pursuing a more pragmatic foreign policy with a view to gradual coordination with Washington. Although ISIL represents a threat to both the US and Iran, any mutual coordination between the two parties would have to take place in secrecy.

In a press conference last month, Iranian President Hassan Rouhani told reporters that Tehran would “consider working alongside the US to combat the current crisis if the Iraqi government requests so”.

Rights Abuses In Iran and Syria