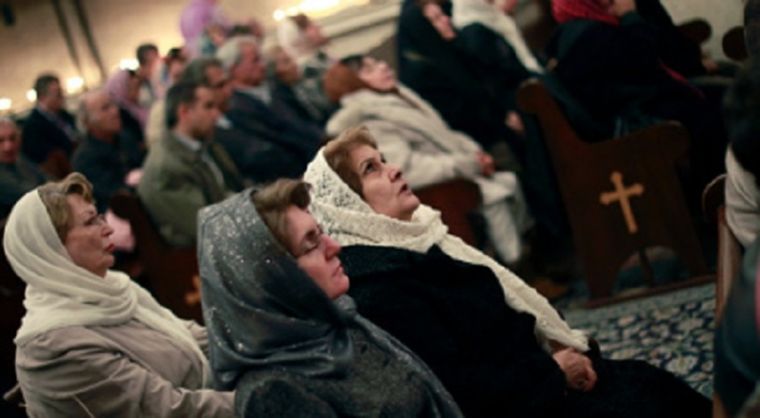 There’s no let up in the campaign to persecute Christians in Iran with at least five more Christian converts arrested last week for their newfound faith in Christ.

The five were arrested after plainclothes police officers stormed a house where a family and their guests were celebrating a party. The officers initially rounded up 15 people. When they tried to resist, the police brutally beat them before hauling off five of them, according to Mohabat News.

The Iranian Christian news agency reported that the raid on the house was part of the government crackdown on family parties and weddings where Islamic regulations are not strictly followed. Those arrested in these gatherings could be charged with refusing to follow Islamic law.

The five men arrested during the party were taken to an unknown location and charged with evangelism, a crime that could mean death or life imprisonment. They have yet to appear before a court of law.

The five were arrested despite the existence of a law that specifically forbids the police from making arrests and searches without a court order.

In its 2016 report, the United States Commission on International Religious Freedom said Christians and other religious minorities in Iran continue to experience severe human rights abuses, according to FrontPage Mag.

The report found that religious freedom conditions “continued to deteriorate” over the past year with Christians and other minorities facing the most persecution in the form of harassment, arrests, and imprisonment.

The report noted that under President Hassan Rouhani’s administration, the number of religious-based arrests has increased despite Iran’s continuous denial that it is violating people’s human and religious freedom rights.

The report states: “The government of Iran continues to engage in systematic, ongoing, and egregious violations of religious freedom, including prolonged detention, torture, and executions based primarily or entirely upon the religion of the accused.”

The report notes that as many as 550 Christians have been arrested and detained since 2015, and at least 90 Christians remain in prison or detention as of February due to their religious beliefs and activities.

Human rights activists inside Iran have reported a significant rise in the number of physical assaults and beatings of Christians in prison. Some of these activists believe the assaults, which have been directed against converts who are leaders of underground house churches, are meant to intimidate others who may wish to convert to Christianity.