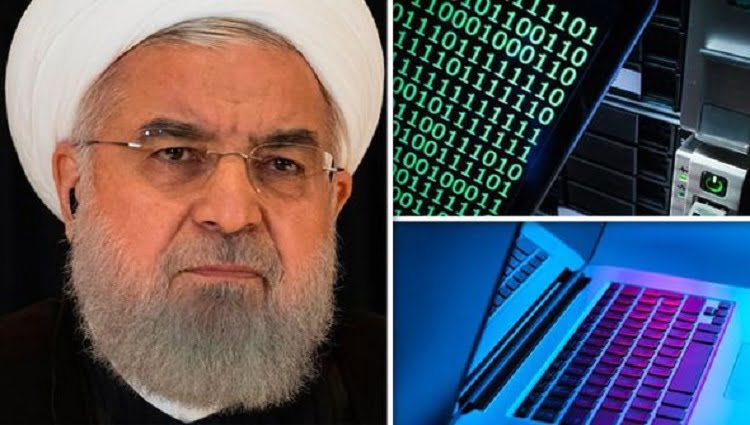 A NEW wave of “cyber warfare” is using “mass surveillance” to “actively disrupt the communication of protesters and dissidents” in Iran and “promote terrorism” across the globe, an explosive document has claimed. 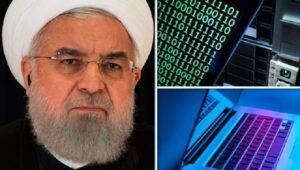 The paper was compiled by the official Iranian resistance movement, the National Council of Resistance of Iran (NCRI). It makes damning assertions which implicate the Islamic Revolutionary Guard Corps (IRGC) in waging “cyber warfare to preserve the theocracy”. NCRI representative Hossein Abedini has spoken to Express.co.uk about his group’s findings.
Furious Iranians, making use of cyber technology to disseminate their message, have been part of a popular uprising that erupted in Tehran in December 2017.

But now the theocratic regime – led by Iran’s IRGC and the Ministry of Intelligence and Security (MOIS) – is using “cyber attacks” to suppress its people, the Iranian Resistance document seen by Express.co.uk claims.

It explains: “Millions of Iranians have access to the internet and more than 48 million own smartphones.

“Iran’s young and restless population has become increasingly ‘tech-savvy’ over the years to evade the regime’s controls and censorship.

“The continuous cyber resistance by the public has driven the regime to route internet traffic through one of the state-controlled systems, making it very difficult for any subscriber to evade state-sponsored cyber repression.”

The ominous paper argues the Iranian regime is among very few governments in the world where “its testbed of cyber attacks and strategies is its own citizens”.

It contends this approach is “in line with Tehran’s longstanding worldview of instilling fear and repression at home, while promoting terrorism, Islamic fundamentalism and chaos abroad”.

The document claims the regime uses malicious malware and spyware embedded within smartphone applications (apps) to “secretly spy” on its people.

Arrest of Hamid Sadr Ghabadi, an employee at Evin prison

U.S. to beef up military capabilities in Persian Gulf