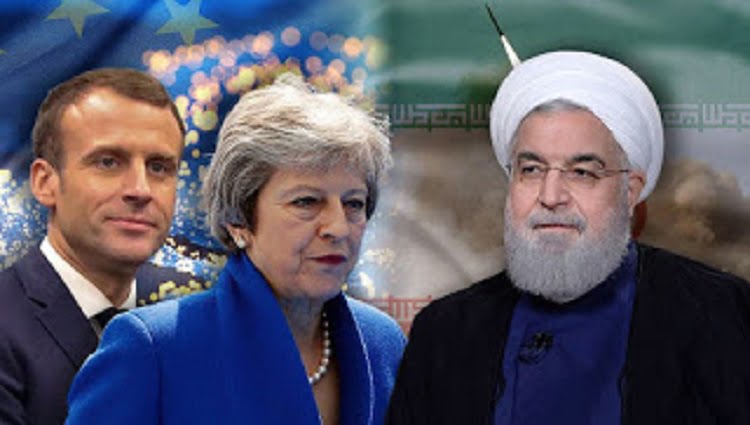 Iran test-fired a medium-range ballistic missile on Saturday, which the U.S. said had the capability to strike parts of Europe and the Middle East.

Secretary of State Mike Pompeo said the missile was capable of carrying multiple warheads and was in violation of Security Council Resolution 2231 — which calls on Iran to refrain from “any activity related to ballistic missiles designed to be capable of delivering nuclear weapons, including launches using such ballistic missile technology.”

Resolution 2231 was the Security Council’s enshrinement of the 2015 Iran nuclear deal, known as the Joint Comprehensive Plan of Action (JCPoA) — which the Trump administration withdrew the U.S. from in May. The other signatories were Germany, U.K., France, China and Russia.

But the missile test has posed challenges to those countries trying to uphold their end of the deal despite the U.S. withdrawal — drawing condemnation from European countries that otherwise have been supportive of the Iran pact. Consequently, the U.K. and France called a closed-door meeting of the Security Council on Tuesday to discuss the issue, though diplomats declared the test “inconsistent” with rather than “in violation” of 2231.

U.K. Ambassador Karen Pierce called the actions “part and parcel of Iran’s destabilizing activities in the region.” Her comments echo U.K. Foreign Secretary Jeremy Hunt, who said Saturday that he was “deeply concerned by Iran’s actions,” even as he reiterated support for the nuclear deal.

IRGC Commander: US Seeking to Wear Off Iran’s Influence through ISIL Proxy War

Update on the Condition of Mohammad Seddigh Kaboudvand in Evin Prison

Imprisoned Blogger Will Get Medical Leave Only If He Confesses, Say Authorities