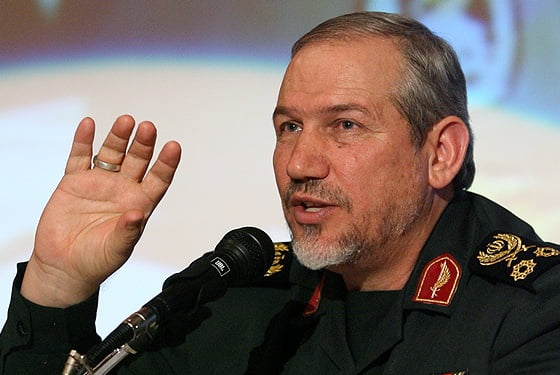 Posted By: on: September 27, 2014In: Selected News, Slider
Print Email

Iran leading fight against ISIL terrorists – A senior Iranian military commander has hailed the Islamic Republic’s key role in the Middle East, emphasizing that Iran is the main force fighting against ISIL militants.

“The Islamic Republic of Iran, as a powerful country, is the main pivot of the fight against ISIL terrorists,” Major General Yahya Rahim-Safavi, an adviser to Leader of the Islamic Revolution Ayatollah Seyyed Ali Khamenei, said on Friday.

He added that terrorists and ISIL militants seek to weaken Muslim states and guarantee the survival and security of the Israeli regime by attacking and spreading insecurity in those states.

Rahim-Safavi also criticized the so-called international coalition led by the US against ISIL terrorists, noting that the United States, by means of such an alliance, is trying to increase the number of its military bases in the Middle East, justify its military presence in the region and make more money from weapons sales.

Rahim-Safavi pointed to Washington’s military involvement in regional crises, stressing that supporters of terrorists, the United States in particular, are not eligible to assemble an anti-terror coalition, and that the US intervention in the regional affairs will certainly deteriorate the crises in Iraq and Syria.

The US and its Arab allies began pounding ISIL positions in Syria on Tuesday, following a similar and ongoing campaign in Iraq, where the ISIL is also carrying out terrorist activities.

On Thursday, the so-called Syrian Observatory for Human Rights, which is close to Syrian opposition groups, said at least five civilians, including one child, had been killed in the US-led airstrikes on ISIL positions in northeastern Hasakeh.

The ISIL terrorists currently control parts of Syria and Iraq. They have carried out heinous crimes in the two countries, including mass executions and beheadings of people.