New images obtained by CNN Tuesday indicate Iran is preparing to launch a remote sensing satellite into space, the latest sign that the Islamic Republic is moving ahead with the planned mission despite recent warnings from US Secretary of State Mike Pompeo. 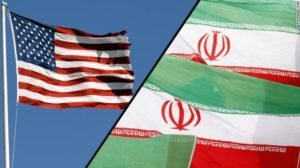 The high-resolution satellite images, captured by Planet Labs on January 4, 6 and 7, show activity at the Imam Khomeini Space Center consistent with steps that were taken prior to a previous launch in 2017, according to researchers at the Middlebury Institute of International Studies at Monterey.

There are no indications the launch is for military use despite Pompeo’s argument that the launch vehicle incorporates technology used in ballistic missiles.

Several Iranian media outlets have recently suggested that a launch is imminent and the new images appear to show preparations are already underway to send the satellites into orbit using a Simorgh space launch vehicle.

“The Simorgh is a two-stage space launch vehicle that uses a cluster of four Shahab-3 engines in its first stage and smaller steering engines in its upper stage,” according to according to Jeffrey Lewis, of the Middlebury Institute of International Studies at Monterey.

Last week, Pompeo implored Iran to scrap its planned satellite launches. While he stopped short of outlining how the US might react, Pompeo suggested the move could lead to new sanctions.

“The United States will not stand by and watch the Iranian regime’s destructive policies place international stability and security at risk,” Pompeo said in a statement. “We advise the regime to reconsider these provocative launches and cease all activities related to ballistic missiles in order to avoid deeper economic and diplomatic isolation.”

Pompeo has argued space launches violate a UN Security Council resolution passed in support of the 2015 nuclear deal and said last week that Iran’s launch vehicles “incorporate technology that is virtually identical to that used in ballistic missiles.”