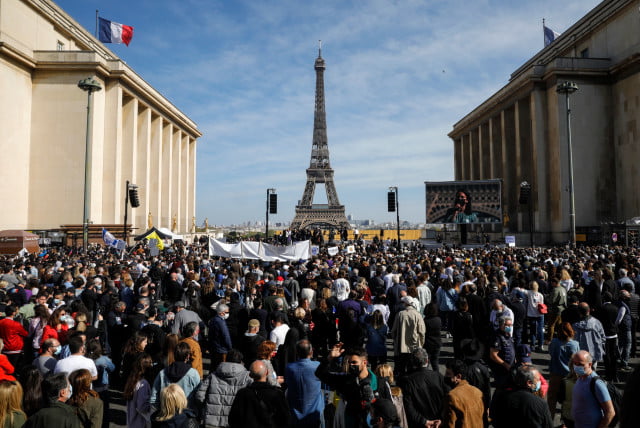 In an article titled “Hezbollah weaves its web in France” for the magazine, the investigative journalist Rachel Binhas reported the French government authorized the extradition of the Lebanese national Mazen al-Atat, who is alleged by the US to be an agent for Hezbollah.

Binhas noted that the extradition order of al-Atat “could have serious consequences for the person concerned.” According to Le Point, a New York court ordered the extradition of al-Atat based on criminal conspiracy to provide material support to Hezbollah.

The US government along with Canada, Britain, Germany, Austria the Netherlands, Israel, the Arab League, and many additional European Union and Latin American countries classify Hezbollah’s entire organization as a terrorist movement.

However, France and the European Union have split Hezbollah into so-called military and political wings, only designated its militia a terrorist entity.

The French authorities detained al-Atat in 2016 as part of the US Drug Enforcement Agency international operation “Project Cassandra” involving a complex enterprise of money laundering and trafficking of narcotics for Hezbollah.

The annual Hezbollah-controlled operation resulted in millions of dollars in annual elicit revenues for Hezbollah.

France’s judiciary sentenced al-Atat to a prison term in 2018 and he has since been released.

Le Point states that “The Lebanese Shi’ite militia…has long ramifications in Europe, especially in France. But its activities there have reportedly increased worryingly in recent years.”

A second member of the Hezbollah ring in France, Mohamad Noureddine, who was sentenced to seven years in prison, is slated to be extradited to the US, according to Le Point.

Al-Atat, who denied connections with Hezbollah, told Le Point “I was contaminated by Noureddine,” explaining that he “was doing secretarial work for him” as [Noureddine]’s calls were sometimes transmitted to [Al-Atat] phone, “but it was because Noureddine had a mistress. In fact, I would cover him when his wife called him,” said Al-Atat.

Also Read: Could Iran use Shi’ite centers in France to spread terror?

White House says US communicating with Iran over detained Americans

Cultural Activists Rounded Up in West Gilan Province and Sardasht