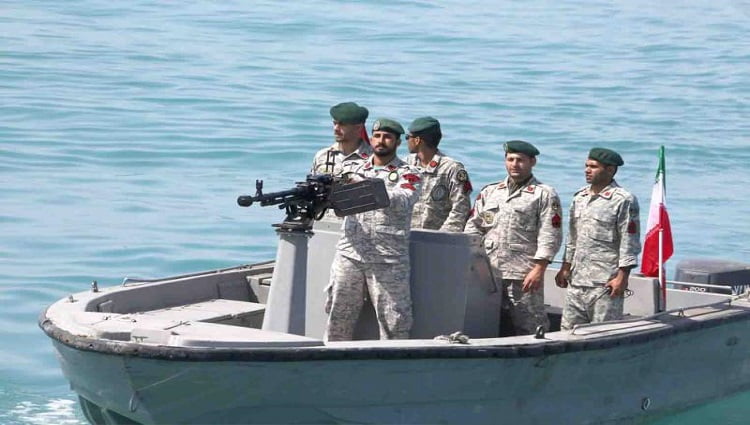 Iran seems to be getting ready for a military conflict that could involve attacks by its proxies against the United States and Washington’s allies in the Middle East.

Tehran raised the stakes in its dispute with Washington by declaring it had quadrupled its uranium-enrichment production capacity, a move that could soon send the country’s stockpile of enriched uranium beyond limits set by the 2015 nuclear accord.

Relations between Washington and Tehran went into crisis a year ago when US President Donald Trump pulled out of the nuclear deal and imposed tough sanctions.

Both the United States and Iran accuse each other of aggressive behaviour that destabilises the Middle East. Tough rhetoric and a military build-up raised concerns over the possibility of another war in the region. Iranian President Hassan Rohani rejected the idea of talks with the United States and called for his government to be given more power to run the sanctions-hit economy in an “economic war.”

Following a missile attack on the heavily secured Green Zone in Baghdad, site of the US Embassy, Trump said on Twitter that “if Iran wants to fight, that will be the official end of Iran.”

The US president has sent an additional aircraft carrier group and bombers to the Gulf amid concerns by his officials over possible Iranian plans to attack US assets or allies in the region.

Following a briefing for lawmakers May 21 in Washington, the Trump administration played down the idea of an impending war with Iran. US Acting Defence Secretary Patrick Shanahan said: “We’re not about going to war.” He added the administration’s goal “is to prevent Iranian miscalculation.”

“We do not want the situation to escalate,” Shanahan said. “This is about deterrence, not about war.”

US President Donald Trump announced the deployment of 1,500 troops to the Middle East. “We want to have protection in the Middle East. We’re going to be sending a relatively small number of troops, mostly protective,” he said May 24.