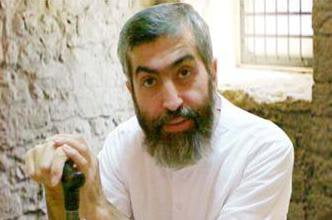 Iranian state-run media that enjoy no freedom and independence, have been talking about the Evin prison lately and a visit attempted by the head of this fascist regime to a prison which symbolizes all of the crimes the regime has committed under the name of Islam.

But what really is the quarrel about? Doesn’t the second man in power in the Islamic Republic (Ahmadinejad) really know what is going on inside the walls here?

Last year when his deputy had to spend some time in our ward, he saw all that I have experienced for the past seven years. All I that have seen, heard or have been informed about by the prisoners or acquired them from older prison guards; he heard them all.

I told him to tell his boss that in ward 209 of Evin, vicious torture of inmate takes place. My family, friends and I experienced horrifying instruments used on us to inflict pain early on when I was brought this prison. I remember, my six-months-old grandchild screaming and Mohseni Eje’i demanding that I confess to have worked for the west and foreigners.

Top judge of such regime should obviously prevent any inspections (of his prisons). He knows well what he has done. Here (Evin) is a complete portrait of 33 years of (mullahs’) rule and a lie dubbed falsely as revolution. This so-called God-sent leader manifests brutality of the Iranian rulers. Your prisoner is human but your treatment of us (prisoners) resembles that of zoo keepers.

If the cries of son of profit are a lie, why not allow lawyers, being Iranian or from foreign countries to visit? Why not allow others see and hear what transpires in your courts?

You labeled me a Mohareb and condemnd me to execution in your courts from behind closed doors. If it wasn’t for the help of God, there would have been nothing left of this political dissident by now.

You consider advocates of justice, peace and freedom, to be those who are interfering with your national issues. You label the United Nations resolution as being political and reject Dr. Ahmad Shaheed’s report (UN Human Rights Rapporteur for Iran) as provocations by opponents.

The world should know that Evin is a dungeon and torture chamber run by the ruling dictatorship (in Iran). Velayat-e Faghih (Ali Khamenei) has blood on his hands. Independent and fair historians will never stand aside and watch all these miseries quitely. Our cries will bring down tyranny.