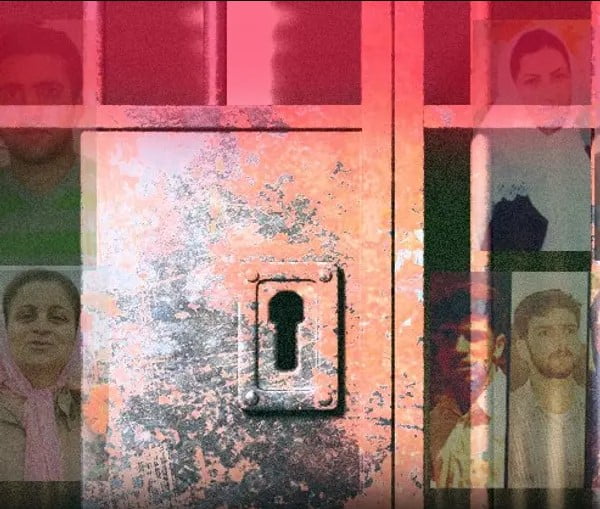 A Kurdish NGO has described widespread torture carried out in Revolutionary Guards and intelligence ministry secret detention centers in Kurdish areas of Iran.

In its report last week based on interviews with former detainees, France-based Kurdistan Human Rights Network (KHRN), a non-governmental organization (NGO) focused on Iran’s Kurdish areas, alleged that torture like attaching weights to testicles, hanging detainees from the ceiling, and beating them with hoses and cables was “prevalent.”

The ex-detainees told KHRN that interrogators had used threats − including raping the detainees’ families − to extract confessions. One detainee, who said he had been held at the IRGC detention center in Sanandaj, told KHRN that he was not taken to hospital for 29 days despite having been shot in the leg. Detainees also said interrogators also staged fake executions to encourage confessions.

Former Kurdish political prisoner Mohammad-Hossein Rezaei, who spent time at the intelligence ministry’s Sanandaj detention center, told KHRN that he had been tied to a table and beaten with cables, damaging his nose and ribs.

Roya Toloui, a Kurdish journalist and civil rights activist now living in the US has claimed that after her arrest in 2006 she was tortured and raped in at intelligence ministry detention center of Sanandaj for refusing to put her signature on confessions that had been written by her interrogators.

The report said the IRGC intelligence in West Azerbaijan province had the capacity to detain several hundred.

Several illegal Kurdish parties seeking either Kurdish autonomy within a federal Iran or an independent state are active in Iran’s Kurdish regions. Iranian military commanders have issued repeated warning in recent months they will strike the bases of these groups in Kurdish-held northern Iraq.