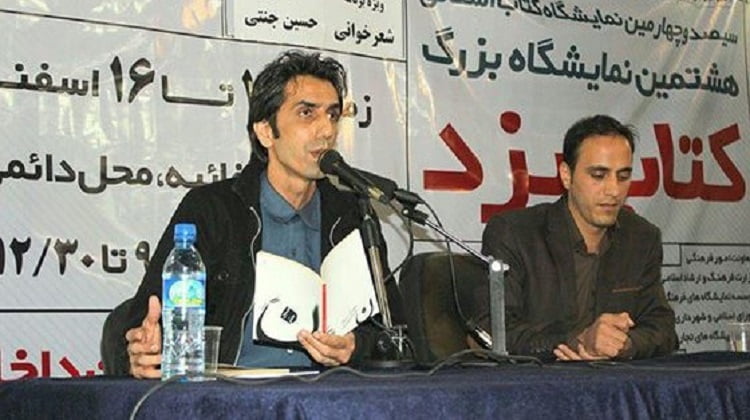 Ayatollah Ali Khamenei, a self-professed poetry lover who also has the final say in politics and religion in Iran, was publicly reciting Jannati’s “very fine” verses and using his powerful media team to share that poetry 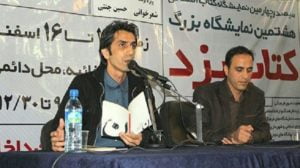 But less than a decade later, 39-year-old Jannati has run afoul of Khamenei’s censorship and security apparatus, reportedly charged with “spreading propaganda” against the establishment.
It is a vague charge that is often brought against intellectuals and critics of the clerically dominated regime that arose after Iran’s 1979 Islamic Revolution.
Local reports say Jannati, who has published two books of poetry, was detained in the town of Varamin, south of Tehran, on June 2 after being summoned “to provide explanation.”
The summons was said to have followed a complaint by the intelligence unit of the powerful Islamic Revolutionary Guards Corps (IRGC), whose commanders are directly appointed by Khamenei.
He has since been transferred to the central Iranian city of Isfahan, the hard-line Fars news agency and others said.
Talk Of ‘Tyrants’
Sources close to Jannati have said that the accusations stem from a recent poetry reading at Isfahan University.
A video of the session posted online shows Jannati reciting a poem in which he says Iranians were caught in “a night” with no escape route between “one tyrant and another.” He suggests little has changed in the four decades since the shah was overthrown and the clerical establishment took power.
“Your shoulders had grown tired from the suffering under the throne. How do you feel today under the pulpit?”
Jannati’s arrest in a country where citizens routinely pepper their conversations with passages from classical poets such as Hafez and Saadi has led to public calls for his release.
On social media, defenders posted Jannati poems online and argued that poets don’t belong in prison.