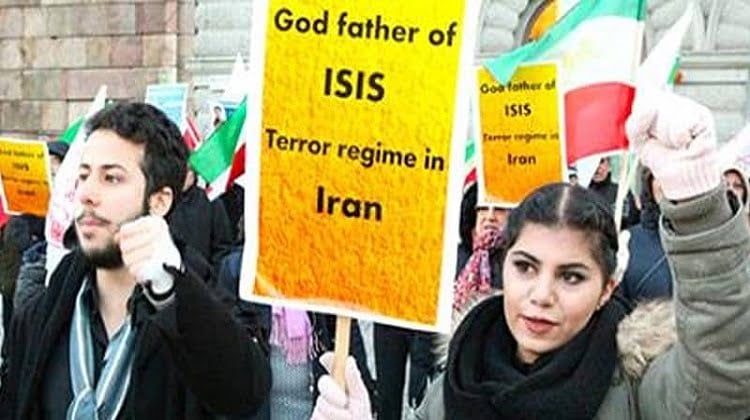 Donald Trump has called Iran “The leading state-sponsor of terror.” In July 2019, America imposed sanctions on Mohammad Javad Zarif, the Iranian foreign minister. He was identified by the US as an “illegitimate spokesperson for Iran”, which is State Department speak for declaring Zarif a terrorist. As Foreign Minister, Zarif is in charge of Iran’s army of ambassadors and diplomatic staff.

In June 2018, he was therefore responsible for the orders given to Assadollah Assadi, a diplomat from the Iranian Embassy in Vienna. Assadi was instructed to hand over 500gms of high explosives and a detonator to an Iranian couple from Antwerp. He ordered them to drive to Paris and detonate the bomb at a major rally organised by the National Council for Resistance in Iran (NCRI) and attended by over 100,000 people.

The huge rally in the Paris suburb of Villepinte was attended by MPs and parliamentarians from around the world. A combined operation by the German, French and Belgian intelligence services led to the arrest of Assadi and three other conspirators, all of whom are now in prison in Belgium. Assadi’s trial will begin next month. It will be the first time one of the regime’s diplomats has been caught red-handed and brought to trial, accused of terrorism.

In an outrageous development, Assadi has told Belgian authorities that if he is found guilty there will be violent reprisals against European targets. Such a high-level atrocity could only have been validated by Hassan Rouhani, the so-called ‘moderate’ President of Iran and the country’s Supreme Leader, Ali Khamenei.

A virtual conference organised by the British Committee for Iran freedom was held on 15th October. The conference was chaired by Struan Stevenson, the former Scottish Conservative MEP and attended by a large number of cross-party MPs, peers, former MEPs and dignitaries. Speaker after speaker expressed their outrage at the actions of the terrorist Iranian diplomat and called for Iran’s embassies to be closed and their agents expelled from Europe.