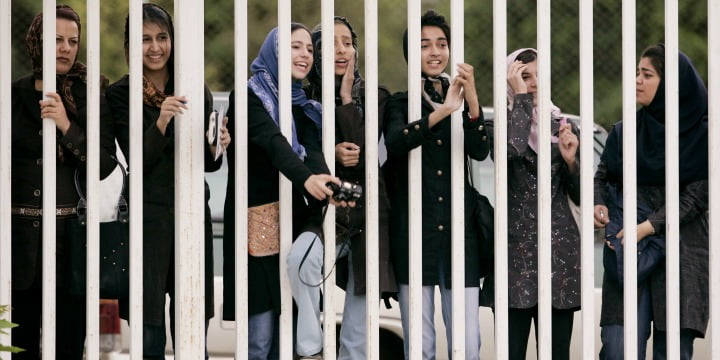 Iranian women’s rights activists condemned the election of Iran on Tuesday to the United Nations Commission on the Status of Women, a body “exclusively dedicated to gender equality and the empowerment of women.”

“This is surreal,” tweeted Iranian women’s rights activist Masih Alinejad. “A regime that treats women as 2nd class citizens that doesn’t allow its own women to make decisions for their body has been elected by the UN to it’s top women’s body to monitor conditions of women globally. A regime that jails [women] for not wearing compulsory hijab, bans them from singing, bars them from stadiums & doesn’t let them travel abroad without the permission of their husbands.”

“This is an insult to Iranian women who are in jail & to millions of others who get beaten up by the same regime,” Alinejad continued.

On Tuesday’s ballot, the UN Economic and Social Council elected the Islamic Republic to the UN Commission on the Status of Women for a four-year term starting in 2022. Other countries elected to four-year terms included China, Japan, Lebanon, Pakistan, Egypt, Tunisia, Costa Rica, Panama and Trinidad.

Shivah Mahbobi — a political activist of the Campaign to Free Political Prisoners in Iran, who was imprisoned in Iran for three years — tweeted, “Despite 42 years of gender apartheid and crime against women, the UN voted for the criminal misogynist Islamic regime to be elected as a member of the UN Commission on women’s rights! Join the protest.”

According to a count by the non-governmental organization UN Watch, at least four out of the 15 EU and Western democracies voted in favor of Iran’s inclusion.

“Electing the Islamic Republic of Iran to protect women’s rights is like making an arsonist into the town fire chief,” said Hillel Neuer, executive director of UN Watch. “Iran’s persecution of women is gross and systematic, both in law and in practice. Why, then, did the UN name one of the world’s worst oppressors of women as a world judge and guardian of gender equality and the empowerment of women?”