“Fariba, how the time must pass slowly for you, imprisoned, shut away, locked up for wanting to do your job,” a woman said in softly-spoken French. The message is one of hundreds posted to a website dedicated to Fariba Adelkhah, a French-Iranian researcher at a prestigious university in Paris. Only Fariba could not hear them – she was locked away in one of Tehran’s most notorious prisons. 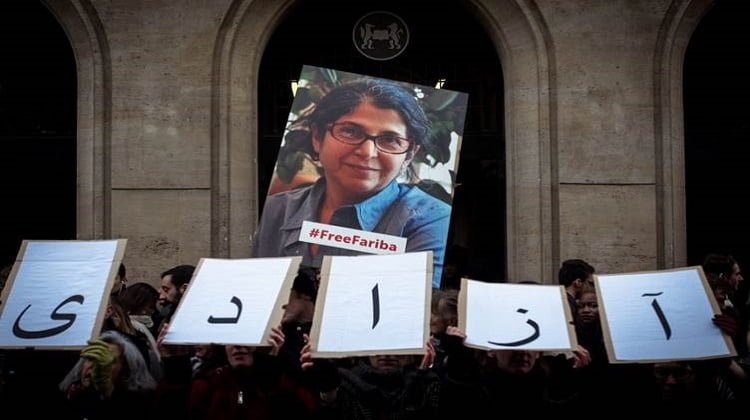 On June 5, 2019, Fariba’s partner and fellow academic Roland Marchal touched down at Tehran’s Imam Khomeini International Airport, one of several visits to the country. Fariba was conducting research in the holy city of Qom and the two, a couple for decades, planned to holiday in Iran. But at the airport, he was whisked away by Iran’s Islamic Revolutionary Guard Corps (IRGC), questioned for more than five hours and spent the night in a cell before being taken to Evin prison.

Across the city, Fariba was also stopped by the IRGC and taken to Evin. The two were held in a “high-security” IRGC ward mostly reserved for political prisoners. It was weeks before Roland learned of Fariba’s imprisonment, hearing her cries of “Azadi!”– Farsi for “freedom”– when she was taken away for interrogation.

Ten months later, Roland, a French national, was freed in a prisoner swap and returned to Paris. Fariba, a dual national, continues to languish in detention at the hands of the IRGC. Now under house arrest, she is serving a five-year sentence for conspiring against national security.

The Iranian regime has been notorious for using Western captives for political leverage since its foundation, the beginning of its rule marked by the US Embassy hostage crisis of 1979-1981. Detentions of foreign nationals have continued, despite hopes that a lauded 2015 nuclear deal would bring about a detente. According to international law scholar Eileen Denza, at least 30 dual nationals have been detained since 2015 without access to diplomatic or consular protection.

France remains a signatory to the nuclear deal and has tried to play a role in tempering hostilities between the US and Iran. Yet French and other Western academics who work in or visit the country appear to have an ever-growing target on their backs.

On 3rd of January a news spread in social media regarding Qasem Soleimani and AbuMahdi Mohandes who has died by a US drone strike near Baghdad Airport and this was the end of their lives. In social media, especially Iranian users, there was a chaotic situation, some called of “the general of... END_OF_DOCUMENT_TOKEN_TO_BE_REPLACED