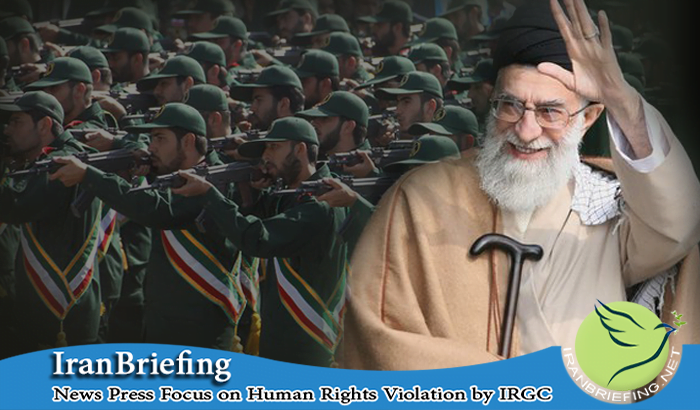 Iran’s Revolutionary Guards take lead on foreign affairs – Over the past few years Iran has emerged as a key player in some of the major trouble spots in the Middle East.

Syria, Iraq and now Yemen all have an Iranian connection, and it is becoming increasingly clear that this new more pro-active foreign policy is being driven by Iran’s Islamic Revolution Guards Corps (IRGC).

By sending weapons to far-flung countries, providing military training and advice, and funnelling money to client politicians, groups and militia, the Guards appear to be pursuing a new doctrine: in order to protect the Islamic Republic at home, Iran must confront threats abroad.

The most recent example of this policy came with the surprise news this month that one of those killed in an Israeli air strike on a Hezbollah convoy in the Syrian Golan Heights, was an Iranian general.

“We will fight to the end to destroy Israel,” vowed the Guards’ commander-in-chief Gen Mohammad Ali Jafari in one of a number of defiant speeches in response to the incident.

“The liberation of Jerusalem is near,” he added.

The Iranian foreign ministry handed a note to the Americans through their interest section at the Swiss embassy in Tehran saying Israel had crossed Iran’s “red lines” with the killings and that it had to understand there would be consequences.

Bellicose statements, particularly against Israel, from Iranian leaders and officials are nothing new, and for the most part they are ignored as mere rhetoric for domestic consumption – to paint a powerful image of the country at home.

But there is something new in all this too: the Guards are increasingly driving and advancing Iran’s foreign policy.

The Guards – set up after 1979 revolution to defend the country’s Islamic system and to provide a counterweight to the regular armed forces – are now effectively the executive arm of the Supreme Leader, Ayatollah Ali Khamenei.

He appears to have taken all but full charge of Iran’s foreign policy in much of the world.

By doing so he has cut off the relatively-moderate government of President Hassan Rouhani from international politics, relegating the foreign ministry to a supporting role for his policies, which are implemented by the Guards.

One striking sign of the shift in the way Iran is conducting its foreign policy is the increasingly visible role of Gen Qasem Soleimani.

The charismatic commander of the Guards’ overseas operation arm, the Quds Force, Gen Soleimani has suddenly emerged from the shadows after years quietly working to increase Iran’s influence and power in neighbouring Iraq.

These days, Iranian websites and newspapers are full of photographs of him attending meetings and rallies. It appears that the Guards are keen to exploit his larger-than-life reputation to lend more legitimacy to their expanding role.

There is evidence that he personally visited the front-lines and advised Iraqi security forces on how to defend the capital as well as mobilising Iraq’s pro-Iranian Shia militia – by organising them as well as funnelling money and weapons to them.

The militia are now a major power in Iraq and control many districts north of the capital, despite the deep concerns of Iraq’s Sunni Arab population.

In Syria, Gen Soleimani and the Guards have pumped the Assad regime with money and arms.

They have also helped establish a pro-government militia modelled on Iran’s Basij Resistance Force – a part-time, mostly youth-orientated wing of the Guards.

They have also encouraged the Lebanese Shia Islamist movement, Hezbollah, to engage militarily in Syria in support of the government.

Last week, at the time of the Israeli air strike in the Golan Heights, the Guards commander who was killed in the attack was allegedly overseeing an attempt by Hezbollah to set up a missile battery aimed at Israel.

Through Syria, Iran has been arming Hezbollah with thousands of missiles of different range and types. Iranian leaders see Hezbollah-dominated southern Lebanon virtually as an extension of Iran.

Ayatollah Khamenei is now keen to open a new front against Israel in the West Bank.

He openly says so, and Guards commanders have repeated in the recent weeks that arming militants in the area is on their agenda.

The Sunni Islamist movement Hamas, which dominates the Gaza Strip, is already a client of Iran’s – receiving financial support as well as missile-building know-how.

The latest challenge is Yemen, where the Zaidi Shia Houthi rebels have taken over in the capital, Sanaa.

There is no direct evidence of Iran’s hand in the ascendance of the Houthis, but their worldview – their vehement opposition the US and to Israel – is similar to that of Tehran.

And there has been evidence of Iran smuggling weapons into Yemen before.

There is also evidence that the Guards have been smuggling arms to war-torn countries in West Africa. They also have a presence in Latin America, where for now the focus appears to be on economic and humanitarian projects.

The Guards’ main role in the region is to confront Israel, prop up and save Bashar al-Assad in Syria, maintain high degree of influence in Iraq, and counter the influence of the US and regional Sunni power Saudi Arabia in the region.