Iran’s President Hassan Rouhani and Foreign Minister Mohammad Javad Zarif will be attending the 71st session of the UN General Assembly in New York this week. 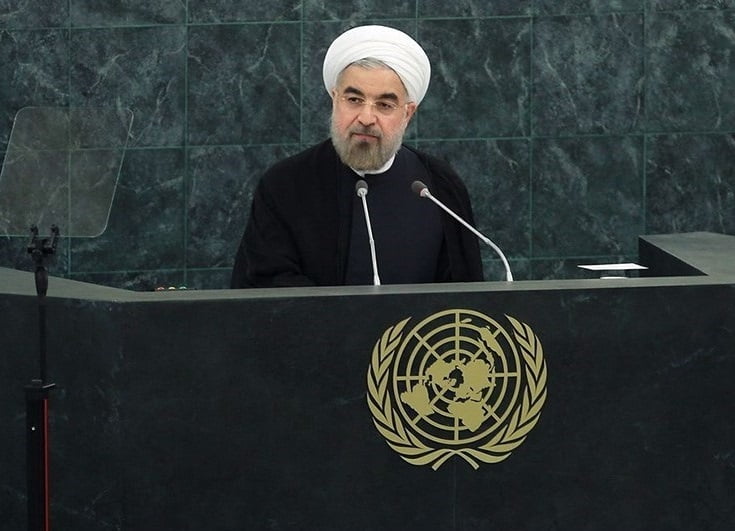 Based on the latest developments, all signs point to a tactical shift by Rouhani, in which his messages and tone will be quite different this year.

In the previous sessions of the UN General Assembly, Rouhani and his team adopted a diplomatic tone in order to have the UN Security Council lift sanctions against Iran. He praised the success of the nuclear agreement, its contribution to peace and its prevention of more tension and potential conflagration in the region. Iran’s objective was achieved: a few months later, when all four rounds of the Security Council sanctions were removed, billions of dollars and billions of cover-up stories arrived, all cost-free gifts from the U.S.

After achieving these goals for Iran’s ruling politicians, Rouhani’s message this year will switch to blaming the U.S. for all sorts of injurious shortcomings in the nuclear agreement, which Iran, incidentally, still has not signed.

U.S. President Barack Obama’s administration has sent hundreds of billions of dollars to Iran, and has hidden Iran’s supposed non-compliance with the nuclear deal to which it never officially agreed in the first place. The deal, in fact, seems only to have existed in the overheated imaginations of the US and other gullible members of the Joint Comprehensive Plan of Action (JCPOA). Nevertheless, the U.S. has ignored what Iran’s violations could be, and has assisted Tehran in evading any terms of the nuclear agreement it wished.

In addition, now that Iran has seen that the U.S. had lost all political leverage to pressure Tehran through the Security Council sanctions, and that, as critics of the deal had repeatedly and urgently warned, sanctions could not be “snapped back,” partly due to the veto power of Russia and China, Rouhani will be openly delivering the hardline messages of Iran’s Supreme Leader, Ayatollah Ali Khamenei, and the generals of Iran’s Islamic Revolutionary Guard Corps (IRGC), who enjoy power over Iran’s economic and political systems.

On 3rd of January a news spread in social media regarding Qasem Soleimani and AbuMahdi Mohandes who has died by a US drone strike near Baghdad Airport and this was the end of their lives. In social media, especially Iranian users, there was a chaotic situation, some called of “the general of... END_OF_DOCUMENT_TOKEN_TO_BE_REPLACED