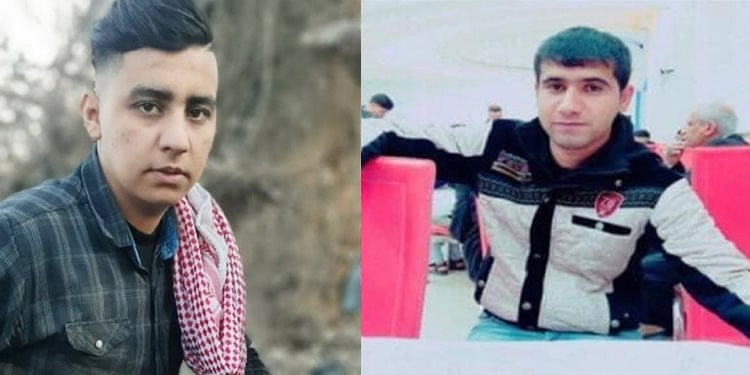 According to local sources, Ebrahim Atshani, 20, and Mostafa Hargani, 22, were shot by the IRGC Basij forces of “Danesh” base in the city of Shush. Both young men lost their lives after being taken to hospital.

Both men were on a motorcycle on Friday, March 26, when the Basij forces shot Ebrahim Atshani in the stomach and legs, and Mostafa Hargani in the shoulder.
The men were taken to a hospital, where they died later on Saturday.

Ebrahim Atshani had been arrested during the November 2019 protests and was released on bail after several months in prison.

The deaths of the two young men have not yet been reported by state media.

According to reports, local government officials have said that the two young men were shot during an attack on a seminary, a courthouse and the Danesh Basij base in southwest Iran, but their families have denied the allegations.

The Iranian regime’s security forces and police have a history of shooting and killing civilians.

In August 2020, the state security forces shot and killed two young motorcyclists in Tehran because they did not show their driver’s license. The two were stopped by the police in Shahriar in southern Tehran and asked to show their driving licenses. They tried to leave the scene and the police opened fire on them, killing Alireza Goudarzi on the spot. The second man, Alireza Jafarlu, was wounded but died due to the lack of medical treatment.

They have threatened the family of Mohammad Mokhtari