IRGC in Iraq push ISIS North instead of South 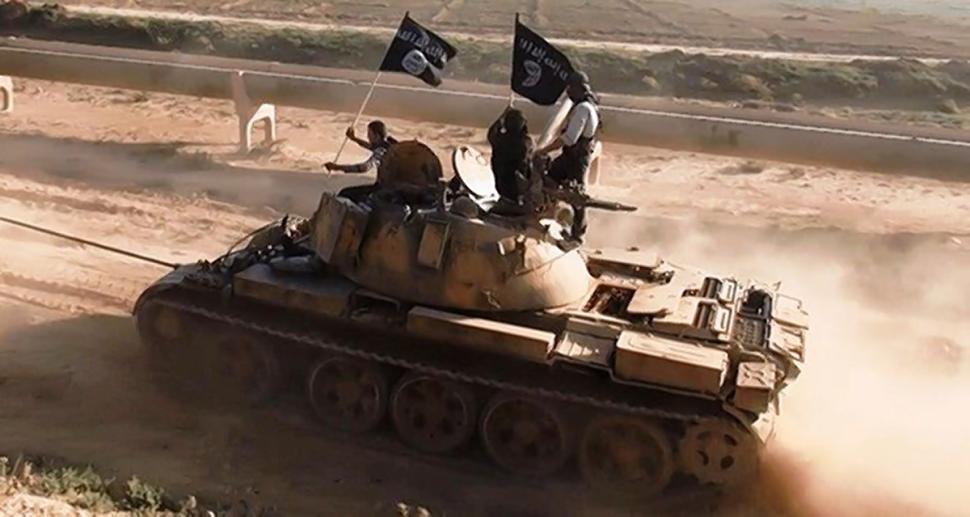 In June all the talk was about ISIS’s impending march south on Shiites in Baghdad. Here we are in August, and ISIS has moved due North and East, attacking Christians, Kurds and Yazidis! How did that happen?

IRGC in Iraq push ISIS North instead of South

The Yazidis, Christians and Kurds in Iraq’s North-East have all been aligned with U.S. and Israel for decades. In fact, Israel has not only provided arms, but also substantial training to Kurdish fighters. And for decades, the US imposed a no-fly zone in Northern Iraq o Saddam Hussein to protect the Kurds. With the Kurds being Sunni, and the Yazidis being Zoroastrians, along with a small Christian minority in Mosul – they appeared to pose no direct threat to ISIS. ISIS, after-all had declared war primarily on the Shiites in Baghdad (and Syria [Assad is an Alawite, which is a Shiite derived faith]).

So when ISIS cut off roads to Baghdad and targeted Iraq’s military and central government, it appeared that they were well on their way to fulfilling their backer’s goals. And right after ISIS’s conquest of Mosul, the Kurds declared their independence from Baghdad. And Israel was the first country to formally acknowledge and recognize the Kurdish state. ISIS clearly was doing the job for its backers. ISIS had clearly become a key element in US/Israel’s regional strategy. The U.S. was happy to sit back (send 200 troops to protect their embassy in Baghdad, delay delivery of weapons to the Iraqi army) and let ISIS overrun Iraq. ISIS had taken on Assad for them in Syria, cut off Iranian linkage through Iraq to Syria, and completely undermined Iraq’s central government indirectly controlled by Iran.

Both U.S. and Israel, and several key regional allies such as Saudi Arabia and Qatar too have been funding and providing arms to ISIS! ISIS for years had been deeply entrenched against Assad and marching to Baghdad to topple the Maliki regime too. And to make matters worse, US was weakening the Iraqi military’s defense with delays in supplying critical weapons and aircraft to fend of ISIS.  US wanted Maliki’s government to collapse. It was Maliki after all who engineered US withdrawal without any significant long-term plan for US presence in Iraq.

This was all a simple – irrefutable fact. But then everything changed.

Ironically, here we are: ISIS is attacking US/Israeli allies: the Yazidis, the Christians and Kurds! It seems they’ve blown back on their backers! In fact, ISIS is not just taking on the Kurdish army and Yazidi fighters, but burying their women alive; cutting off young Christian boys and soldiers’ heads in public squares, grabbing all the loot – including US arms from military barracks and cash from bank vaults – from towns and cities in the North and Eastern part of Iraq.  And, they have stopped heading south.

This is the complete opposite of what U.S. and its allies had in mind. It’s completely blown back.

And finally the U.S. military has gotten involved. Under the pretext of stopping genocide and protecting the Yazidis, Christians and Kurds, the US is finally engaged. US bombers and fighter jets are all over ISIS strongholds – destroying their very proxy allies, ISIS.

You have to hand it to the IRGC. They are simply amazing. They have turned the tables on US, Israel, Europeans, Saudis and Qataris with incredible skill. And fighting ISIS by default using non-Iranian resources.  Brilliant, absolutely brilliant.

According to a major report today, US military are working shoulder to shoulder with their Iranian counterparts to defeat ISIS. Iran, the enemy, is suddenly America’s best friend!

Obama has been cornered. Obama had absolutely no choice but to turn on ISIS – when they moved North and East to fight long-time US allies (Kurds, Christians and Yazidis).

In one of my prior blogs, I had mentioned that in order to stop an ISIS attack on Iran, the IRGC should herd ISIS warriors towards Saudi Arabia as a blowback strategy. But I had completely forgotten about other US allies nearer to ISIS positions. Instead the IRGC herded them to the Kurds, Yazidis and simply made sure there was ample footage of ISIS fighters cutting heads off in the region on the Internet. IRGC quickly realized that ISIS warriors have turned into savage, psychopathic animals that could be easily herded in any direction. And indeed the IRGC figured out how to push them precisely in the direction of where they could cause the greatest harm to their backers.

Hand it to the IRGC Quds Force (IRGC-QF) to know precisely how to manipulate the situation.

As a major component of Iran’s foreign policy, Syrian regime leader Bashar al-Assad was supported via Iranian orchestration and the intervention of Iran’s longtime protégé Hizballah to fight alongside strapped Syrian forces.

Now, in Iraq, Lebanese Hizballah fighters provide critical training and support and have helped develop a large pool of Shiite manpower willing and able to stiffen the faltering Iraqi Security Forces (ISF). This pool of manpower consists of Shi’a militias that the IRGC-QF played a major role in forming and still, to a large extent, funds and controls. Most of the militias ended their armed activity when US forces withdrew at the end of 2011. But, as the ISIS-led offensive drew closer to Baghdad, all of the Shi’a militias took their weapons out of storage and began to reorganize. Members of the Iraqi Shiite militias have been fighting in Syria on behalf of Assad, in part to protect Shi’a holy sites such as the Sayida Zaynab mosque, but have returned home to Iraq to help blunt the ISIS-led offensive. The militia ranks are further swelled by Shi’a youth answering the call from the senior religious figure in Iraq, Grand Ayatollah Ali al-Sistani, to mobilize to defend against the ISIS-led offensive.

The militias have wide popularity in the Iraqi Shi’a community but also a record of Iran-supported violence. Several of the militias were responsible for attacks on US personnel and for killings and disappearances of Sunni civilians during the height of sectarian conflict in Iraq between 2006 and 2008. The revival of the armed militias gives the ISF access to desperately needed manpower. The Badr Organization, the militia arm of the Islamic Supreme Council of Iraq, was formed and trained by the IRGC during the 1980-88 Iran-Iraq war. It later evolved into a political party and was part of Maliki’s “State of Law” coalition in the April 2014 elections. Another militia, the “Mahdi Army,” was formed in 2004 by Shi’a cleric Muqtada Al-Sadr to combat the US military in Iraq and was widely involved in sectarian killings of Sunnis in Baghdad. The Mahdi Army disbanded in 2008 to form a social charity organization, but press reports indicate that it is reconstituting its armed wing to assist the ISF. Several militias are Mahdi Army offshoots. One of them, Asa’ib Ahl Al Haq (League of the Family of the Righteous), reportedly was responsible for killing several US soldiers at Karbala in January 2007. It competed as a separate political entity in the April elections. Another, Kata’ib Hizballah (Hizballah Battalions), was named by the US as a Foreign Terrorist Organization for past acts against US personnel in Iraq.

Yet, interestingly these same IRGC backed fighters (along with the IRGC-Quds Force and Hizballah fighters) are aligned with the U.S. to fight the very enemy that the U.S. armed and funded by proxy through Saudi Arabia and Qatar.

Oh how incredibly the tables have turned. And indeed the IRGC-QF have played their cards brilliantly. In effect, ISIS’s march South has been blunted. And ISIS have been forced to look elsewhere for loot! And in the process, ISIS has in effect committed suicide. By attacking US/Israeli allies, they have forced the US into the game. And once again the victors are the Iranians. Years of calculated US backed proxy war against the Assad regime, and then the Maliki regime have totally backfired. US is killing the very child they have given birth to.

It’s weird, ironic, strange maybe even stupid. When will these idiots inside the beltway learn that you cannot and should not deal with fanatics? Did they NOT learn anything from supporting the Taliban for so long? The ‘cheapest’ proxy war option has once again turned out to the most expensive route. How much has the U.S. spent in Afghanistan so far, to rout out the Taliban that they themselves put in power? How much will the US spend now to pull itself (and its allies) out of this mess? ISIS’s bloody brutality is the direct result of a failed US regional policy. Who, in America, is going to take responsibility for this stupidity? Does the American electorate know or even care?

And once again, the IRGC has played out its hand beautifully.  The tragedy of all this, is, that in the end US failure is translating into the rise of Shiite clerics in the region. US allies have all been weakened by this, and the Shiites are more dominant than ever. And we, Iranians, can forget about democracy, freedom, separation of Church & State … all the good things a modern and prosperous Iran truly needs. US has lost out, Iranians have lost out, and the IRGC  reigns supreme.

Ten prisoners were executed in Iran