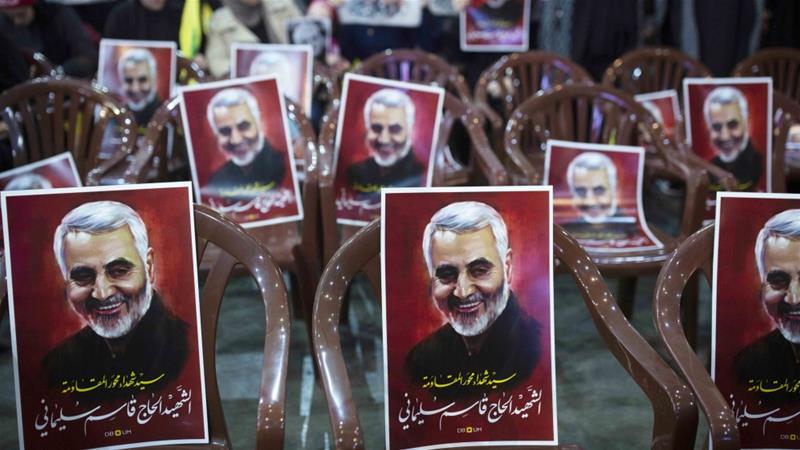 Iran’s Judiciary Chief Ebrahim Rayeesi once again denounced the assassination of former Islamic Revolution Guards Corps (IRGC) Quds Force Commander Martyr Lieutenant General Qassem Soleimani by the terrorist army of the US, and reassured that Washington will be held to account for the crime.

“The judicial and legal process to pursue Hajj Qassem Soleimani assassination case has started in the Judiciary and an interrogator and a judge have been assigned to file the case and investigate different aspects of martyr Soleimani’s assassination,” Rayeesi said.

He noted that accomplishment of the case is seriously being pursued by the Judiciary, expressing the hope that people and lovers of General Soleimani would soon be informed of the results.

Rayeesi reminded that in addition to pursuing the case at international tribunals, the judiciary will also pursued the case through national courts as the Iranian parliament has authorized the Judiciary to file a lawsuit against the US with internal courts whenever the American government adopts any illegal and aggressive measure against Iranian nationals.

Lieutenant General Soleimani and Deputy Commander of Iraq’s Popular Mobilization Forces (PMF) Abu Mahdi al-Muhandis were assassinated in a US drone strike on Baghdad International Airport in Iraq on January 3.

On January 8, the IRGC Aerospace Force started heavy ballistic missile attacks on US Ein Al-Assad airbase in Southwestern Iraq near the border with Syria and a US operated airbase in Erbil in retaliation for the US assassination of General Soleimani. Ein Al-Assad is an airbase with a 4km runway at 188m altitude from sea levels, which is the main and the largest US airbase in Iraq. Early reports said the radar systems and missile defense shields in Ein Al-Assad failed to operate and intercept the Iranian missiles.