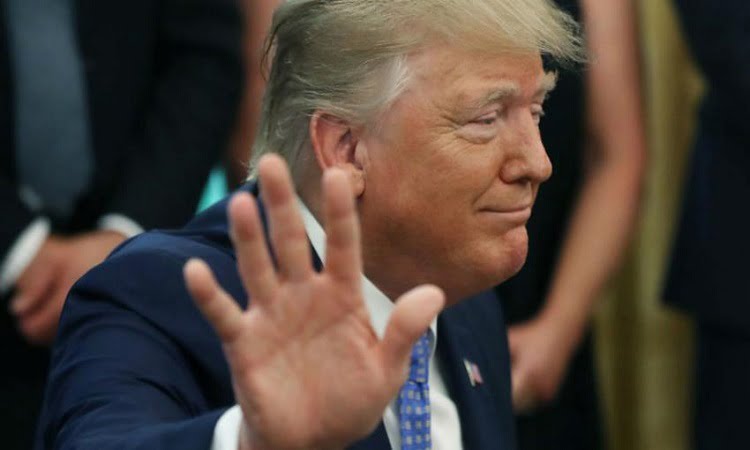 Where is 'maximum pressure' on Iran heading?

On 24 June, President Donald Trump signed an Executive Order to impose sanctions on the Islamic Republic’s Supreme Leader, Ayatollah Ali Khamenei, and the Office of the Supreme Leader of Iran.

He did so while Secretary of State Mike Pompeo was meeting with Emirati and Saudi officials in the Gulf to discuss building a global coalition against Iran.

These sanctions will deny the Supreme Leader the means to access certain financial resources or assets under US jurisdiction. Yet such measures against the Supreme Leader, which are mainly symbolic and probably redundant, will have little economic impact given that Khamenei does not travel outside of his country, let alone to the United States.

Yet from Iran’s perspective, this political move, which marks the latest escalation in Trump’s campaign of “maximum pressure” is aggressive, hostile and petty.

In response, Tehran’s senior officials said the move on the US’ part closed the door to diplomacy between the US and Iran. President Hassan Rouhani called the sanctions against Khamenei “outrageous and idiotic”, “hilarious” and a “stupid and ugly act” while maintaining that the White House suffers from “mental disability”.

Hawks in the Trump administration point to the Islamic Revolutionary Guard Corps (IRGC)‘s downing of an American drone that officials in Tehran claim entered Iranian airspace, the attacks on six tankers in the Sea of Oman since May 12, which the Trump administration accuses Tehran of carrying out, and Houthi missile and drone strikes against strategic targets in Saudi Arabia.

Such Iranian conduct justifies the White House’s sabre-rattling in the eyes of figures such as Secretary of State Pompeo, National Security Advisor John Bolton, and CIA Director Gina Haspel who see this “maximum pressure” on Tehran as a realistic way to bring Iran’s leaders to the roundtable for talks on a new nuclear accord that places far greater restrictions on the Islamic Republic.